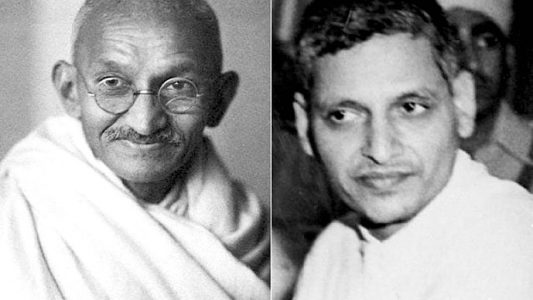 January 30, 2020, marks the 72nd anniversary of Gandhi’s martyrdom. On this same day, in 1948, the Birla house in Delhi echoed with three gunshots directed at the heart of the apostle of peace. Gandhi, the leader and guiding light for millions, was murdered by religious fanatics.

The leader died for upholding his ideologies of equality, non-violence, and secular spirituality. After 72 years, it is worth evaluating whether we adhere to the values that he held sacred.

The most distressing scenario is that some with vested interests try to justify his assassination by twisting facts and incriminating Gandhi. For them, religious harmony is a threat to their political power and peace is a menace. So someone who upholds these values should be derated.

Gandhi never considered himself a saint and even detested the sobriquet of Mahatma. He was quick to admit his flaws and imperfections. But while studying the biography of the frail old man, one cannot help but marvel at the strength of character and moral rectitude he upheld throughout his life.

What did Gandhi die for?

Gandhi’s philosophy of ahimsa (non-violence), and his uncompromising affliction to truth were not understood fully by his contemporaries. Even his closest followers failed to see what was clear for Gandhi. Though he constantly tried to clarify his views, most were not spiritually mature enough to accept them, and hence there were always differences.

Eventually, the far right-wing could not accept Gandhi’s moderate ideas. They also saw Gandhi as a threat to their Hindu fanaticism. They assigned Nathuram Godse, a right-wing extremist, to silence Gandhi forever.

The reasons for the murder Godse pointed out during his one-year-long trial were:

Godse, and his extremist group, held the view that Gandhi’s idea of non-violence was impractical. He blamed Gandhi for not taking an aggressive stand against the oppressors. War, according to him, was the moral duty (dharma) of a hindu[1].

The fact is that violence was never encouraged by the Hindu religion. Its scriptures proclaimed ahimsa as the greatest human value.

Everyone has equal rights according to Gandhian ideology. Gandhi respected and studied every religion and took the good out of everything. His altruism, which resulted in him supporting the Muslim League and its causes like the Khilafat movement, enraged the Hindu extremist groups who expected his favoritism [2].

Godse blamed Gandhi for allowing Muslims to form a separate country called Pakistan after independence. The fact is that Gandhi was against partition and pleaded with Mohammed Ali Jinnah to refrain from vivisection. When he refused, and India became a ground for communal violence, the Indian National Congress, under pressure, decided to agree to partition[3].

While partitioning British India, the same extremist groups demanded that India should become a Hindu nation. Gandhi and Jawaharlal Nehru considered and rejected the proposition and chose to remain a secular country[4]. This adherence to secularity increased their resentment towards Gandhi.

The last straw was Gandhi’s advocacy for giving the rightful share of the money (about 550 million rupees) to Pakistan after the partition. He fasted until ultimately Indian union agreed to his demand. This adherence to justice enraged the Hindutwa leaders.

The greatest irony in Godse’s argument was that the radical Hindu groups had plotted Gandhi’s assassination since the 1930s. The first attempt on his life was in 1934, second and third during the months of July and September 1944, others in September 1946 and on 20th January 1948. Godse was involved in two previous attempts. But the issues of partition were nonexistent at the time.

The sad fact is that Godse was not a dumb assassin who took up a contract to kill Gandhi. Not only was he born to an aristocratic and opulent Brahmin family, but he was educated and cultured. However, his views on racial supremacy and radical Hinduism made him insensitive to human values.

Godse joined radical Hindu groups and spread their ideas through all possible means. But he refused to show up when Gandhi invited him to debate over the differences in opinion. He would rather silence the voice which questioned his blind beliefs.

The capital punishment given to Godse, against the plea of the two sons of Gandhi, Harilal and Manilal, did not mitigate the spread of his vile ideas. Extreme right-wing ideologists are still at large and try to glorify the assassin as a nationalist and hero.

Like never before, ethnic and religious terrorist groups find a way to propagate their ideas in India. They direly need to reinstate Godse. Only then can they crush the spirit of secular India.

Unfortunately, the ruling government, which is supposed to protect equal rights ends up attacking it with Unconstitutional Laws like the Citizen Amendment Act and the National Registry of Citizenship (read more). Even UN Human Rights Commission stated that the law was ‘Fundamentally discriminatory’[5]. But the pro-Hindutva government and activists try to sell their slow poison under the guise of national security.

India is slowly pushing Gandhi into oblivion. With him, the ideologies of non-violence and truth are also forgotten. The repercussions of such a pitfall can be unpredictable.

Gandhi’s life, which is a moral saga that inspired great minds around the globe, should be revisited to curb such a catastrophe. We have to learn to be immune to the raging radical ideas. Gandhism is surely a shield that can protect us from it.

Let us take a moment to think about what Gandhi died for. Isn’t it our responsibility to prove that his martyrdom was not in vain? Can we break away from the chains of hatred and create a world of love and non-violence as he envisioned?

7 thoughts on “Gandhism vs Godse Syndrome”