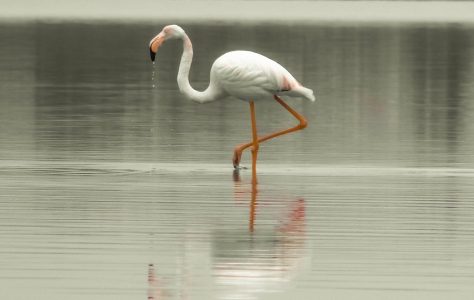 Last week at a wedding, I met a good friend of mine after some years. I was more shocked than excited to see him because of the change that came over him. Once a fitness freak, he has now became a frail figure.

It was our interest in martial arts that brought us together in high school and made us good friends. Through the long 15 years, we both went through a lot of experiences and are now at different points in life. Surely, I am not the person I was in high school. Nevertheless, I believe that I have not deterred from my core values much.

But the change that came over my friend was drastic and regressive. It was hard to imagine he would appear in such a shape after one and a half decades. I had hoped he would be doing something that I would be very proud of by now.

I wondered how he turned out to be like this. He said remorsefully that he fell into alcoholism and subsequently to drugs. I didn’t believe him at first because it was so unlike him. Back in high school, he was our star athlete who trained vigorously and was obsessed with fitness. To think that he would destroy his own talent and physique thus was outrageous.

Wanting to help him in some way, we started talking. The conversation lasted for hours. After much deliberation, we came to the core of his problem; overindulgence.

He has the habit of doing everything to the extreme. If it is sports, he trains day in and day out, if you give him a job, he makes sure that it is done in the best way possible. Similarly, when he started drinking, he took it to the extreme. Therein lies the problem

Getting too much involved

Coming to think of it, overindulgence is a problem that has engrossed the present world. Be it alcohol, work, religion, social media or money, most are addicted to something. Unfortunately, they do not see that these gods that they enslave themselves to, slowly squeeze the life out of them.

It is indeed necessary to do anything over and over again if you want to be good at it. Of course, the grinding repetition made the geniuses. But to be obsessed with something is quite unhealthy. Like my friend, many people are habitually obsessive and they constantly search for its vent. And when they find something they cling on to it.

Overindulgence is not limited to material and physical things alone. Many get obsessed with pleasure, some with relations, others with emotions. It is so complicated that even figuring out the obsession is hard in many cases.

A better way of living

I believe the best way to live is to live as a minimalist, in every sense of the word. People misunderstand the term as an antonym of materialism. In many ways it is right. But true minimalism transcends the physical boundaries.

An over-indulgence of anything, even something as pure as water, can intoxicate.
― Criss Jami

A minimalist is not just a person who lives with as little resources as possible. She has to also make sure that she puts a boundary for everything. Developing the ability to realize and reject anything that enslaves her is crucial.

In a nutshell, a minimalist should refrain from overindulging in literally everything.

Many people are fed up with the consumerist culture and have chosen minimalism. They hence have the ability to say no to material things. But when it comes to emotions or cravings, they give up their ideals.

All extremes of feeling are allied with madness.
— Virginia Woolf

Of course anger, lust or pleasure are nonquantifiable. But that doesn’t mean they need not be limited. Overindulgence in them is as harmful to us as consumerism. So it is necessary to draw a line where we should limit them as well.

Self disciplining is a long tedious process. It takes a lot of effort too. But it is the only weapon to slay the obsession and addiction that lurks in the dark valleys of life.

The non-attachment which develops from self-discipline can help us to regain the balance of life and maintain neutrality. That is the basis of true spirituality.

Let keep the limits in everything and live a life with poise.

17 thoughts on “Living with Poise”