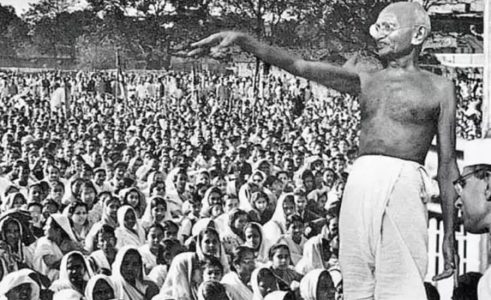 It is difficult, but not impossible to conduct strictly honest business

Most prefer their private lives to remain hidden from their public appearance. For those living in the limelight, the secrecy of their personal affairs is the primary concern. But Gandhi, as a popular figure, never tried to hide even his most shameful personal flaws.

Maybe the unique factor that sets Gandhi apart from other world leaders is this transparency. While studying his biography, one cannot help but wonder how openly Gandhi lived his life.

As a leader and a social being, Gandhi never tried to deceive his followers with lofty rhetoric and showmanship. His actions were a reflection of his words which flowed directly from his heart. Nevertheless, the ostentatious leaders could not match his awe-inspiring persona.

A book of mistakes

Gandhi’s biography The Story of My Experiments with Truth can easily be renamed as ‘My Confessions’ due to its open nature. It is only fair as Gandhi bravely divulges his shortcomings without excusing himself in any way.

Gandhi narrates how as a teenager he became obsessed with smoking and started lighting up discarded cigarette buds. When that became unavailable he started stealing small amounts from his elder brother to buy a pack. Later he is filled with remorse and writes a letter to his father, who was bedridden at the time, confessing his wrongdoings. Gandhi writes:

(Father) read it through, and pearl-drops trickled down his cheeks, wetting the paper. For a moment he closed his eyes in thought and then tore up the note. He had sat up to read it. He again lay down. I also cried. I could see my father’s agony. If I were a painter I could draw a picture of the whole scene today. It is still so vivid in my mind.

Those pearl-drops of love cleansed my heart, and washed my sin away. Only he who has experienced such love can know what it is. As the hymn says: ‘Only he Who is smitten with the arrows of love. Knows its power.’ (pg 14)

Maybe it is this love that made him a saintly person.

In the section named My father’s death and my double shame, Gandhi lets the reader into his most painful secrets.

While his father is in the deathbed, a newlywed Gandhi sits by his side giving a foot rub. Meanwhile, he longs to be with his wife. As soon as he is excused, he gets in bed with her. But within minutes, he gets the news that his father has passed. Gandhi writes how devastated he felt because his lust robbed him of the precious last moments with his father.

It is a blot I have never been able to efface or forget, and I have always thought that, although my devotion to my parents knew no bounds and I would have given up anything for it, yet I was weighed and found unpardonably wanting because my mind was at the same moment in the grip of lust. (pg 16)

He again opens his sexual life to his readers when he narrates how he failed two times after he decided to take up celibacy. Later he sealed the deal with the vow of chastity.

“Truth never damages a cause that is just.”

As a celibate, Gandhi regularly tested his power of will. It is such experiments that his opponents used to criticize him. But again, Gandhi publicly announced these experiments and remained transparent about its outcomes.

When he tested himself by asking his disciple to sleep beside him, it was not in secrecy. Instead, many in the ashram were sleeping in the same room. Gandhi also made his helpers oil massage him, again in pubic eyes.

With such acts, Gandhi not only tested himself but proved that platonic love is possible between men and women. Unfortunately, such an asexual intimacy is a hard pill to swallow for the modern world. It hence gets labeled as a perversion by pseudo-moralists.

Gandhi may be the greatest critic of himself. He regularly questioned his ideas and was ready to admit his flaws and correct it once it became evident to him.

He openly admitted his misjudgment in launching the Non-cooperation movement in the wake of Chauri Chaura incident. Against public opinion, he withdrew the movement as he felt it is the right thing to do.

He was ready to give up his long struggle for dominion status which was a broken promise by the British Raj. The new protest he launched focused on Purna Swaraj (Complete home rule) and it became fruitful.

In times to come people will not judge us by the creed we profess or the label we wear or the slogans we shout, but by our work, industry, sacrifice, honesty and purity of character

Gandhi remained an honest person with meager clothing and high ideals all through his life. His defects and flaws were never shrouded in secrecy. Yet the genuineness of his character shines brighter than that of the flamboyant leaders that came before and after him.

For the modern-day politicians who hide their begotten motives from the public with a façade of fake identities, Gandhi is a pointer. His transparency and idealism should direct them to clean politics. Let them live out the ethics that they preach like Gandhi did.

Can’t we also escape the suffocating grip to secrecies and live a life of freedom?