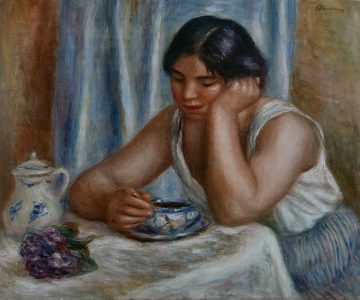 Imagine you are traveling in the tube rail or waiting in a long queue. You take your eyes off the Instagram feed for a moment and look around. Everyone has wired their heads to or ogling at their smartphones.

In this sea of people who are oblivious to their surroundings, you find one idiot who just sits there staring blankly into space. Is he crazy? Well he must be, why else would he be sitting there doing nothing? Won’t he be bored to death? How can he stand this long wait?…

Our social norms have put all these thoughts inside our heads. If someone does nothing, he must be crazy. If he starts being friendly and asks about your family, he is too intrusive. If he has no job, he is worthless. If he has no money, oh don’t even get me started….

Maybe the most feared thing in the world is not the demon dressed up as a nun lurking in some monastery. She/It only comes only second to the worst thing that can happen to a person according to the generation z; Boredom with a capital B. They and most others have sworn to avoid the dreaded fate at any cost.

It hides, waiting for its prey, in the most unlikely places. The public transports and long queues should set off our sensors instantly. But many a time we are caught off guard and succumb to its sharp fangs. The visiting room of the dentist may not be a surprise but a slow internet while watching Netflix, or a constipated stomach while in the toilet can invite the unspeakable into our very homes.

Maybe it was the same monster that crept into the monotonous life of Adam and Eve in the garden of Eden and made us sinners. Satan saw the opportunity and said ‘You know what? If you eat this apple, things will get exciting!’. Therefore, it is boredom that cast us away from eternal bliss.

Fortunately, the tech world with its constant distractions is on the human side of the war. But it is important to hold on to the smartphone at all times like the holy cross if the B-word is to be repelled for a moment of unawareness can be fatal.

God save our souls!

Getting friendly with the despicable

Though we see its glimpses here and there, our generation is yet to encounter boredom in its full force. Our grandpas and grandmas with their slow lifestyle were at constant war with it. But they just shrugged it off and some brave ones befriended the monster. They even dare to say that it is meeker than expected. Can it be true?

Anthropologists believe that all painful things equip us to survive in the world. If it were not for fear, sorrow and disappointment the human race would not have existed to tell the tale. Hence, is it safe to put the eternally feared boredom in the same box labeled ‘Necessary evils’?

Astonishingly, many who have dared to endure the painful clasp of boredom approves it with both their opposable thumbs. So it is time to put our holy phones down and sneak a peek behind the iron curtain.

Robin Ince, famous English comedian and polymath, in his amusing book I am a joke and so are you, discusses the subject in detail. He ventures on a journey to find out what makes a person a standup comedian. With the support of the data collected from a great number of people who joke to make a living, he argues ennui is a great factor.

When we have nothing to do, our mind like a restless monkey finds ways to amuse itself. The hyperactive mind triggers imagination, hones intellect and comes up with ideas that we never knew existed. Ince believes this is a great force utilized by comedians around the world including him.

In the book, Ince cites the research from the University of Central Lancashire by Sandi Mann and Rebekah Cadman to prove his hypothesis. In the first experiment, a group was asked to copy numbers from a phone book while a second group was excused from the tedious task. Afterward, both the groups were asked to think of as many uses as possible for a pair of cups. The results showed that copying the phonebook increases creativity.

In a second experiment, one group copied out phone numbers, the second read from the phone book and the third group was excused. The ones who did the most boring job; reading out the phone book, fared well in the creativity test compared to others. Ince concludes the section saying

‘Boredom and dull tasks are a reminder that we could be doing something better with our time; they act as a contrast and incitement to fill our time more imaginatively. Boredom leads to daydreaming and daydreaming can lead to creation.”

So throw your smartphone away and read a phone book instead.

However, in an age before phonebooks, people used to sit idle and invite tedium into their lives. There were very few distractions to poison their minds. It may have helped them to think, reflect and face themselves and find peace.

In such a sense, meditation may be a way to tap into the unknown powers of the mind by cutting out distractions. Sitting cross-legged without doing nothing is a sure bet to invite boredom and dive into its depths.

If it triggers imagination, boosts creativity, and helps us to face ourselves, is there a need to run from it? Do not be afraid to open up yourselves to tedium and let it do its wonder in your life too.

So treat yourself with some quality, undistracted ‘boredom time’ and feel the difference.

46 thoughts on “Freedom of Boredom”