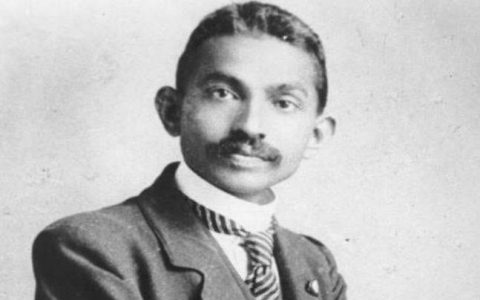 Around the world, many consider Gandhi as a revolutionary who used non-violence as a way of protest. Surely Satyagraha, which literally means longing for truth, was a novel idea introduced by Gandhi. But apart from fasting till death, Satyagraha had a unique quality which made it effective.

The philosophy underlying the Gandhi’s idea of Satyagraha was love. Gandhi believed in the goodness in humanity. His efforts were to bring out the virtue inside those who perpetrated violence. The deep concern for the oppressors culminated in the form of resistance.

An instance from Gandhi’s life, while in South Africa, provides a good insight into his philosophy. Gandhi writes about this in his book Satyagraha in South Africa.

Gandhi went to South Africa, in 1893, as a lawyer for an Indian business firm Dada Abdulla & Co. While there, he witnessed the racism and subjugation perpetrated by British imperialism. He decided to fight against this inhuman approach from the colonialists.

General Jan Smuts, who later went on to become the Prime Minister of Union of South Africa, was in charge of the affairs. It was not a secret that he advocated racial segregation. Indians, under Gandhi, resisted the oppression and held discussions with Smuts. But the General cunningly implemented Acts which affected the Indian sentiments. He illegalized Hindu and Muslim marriages, introduced new laws against indentured laborers and arrested protestors without a warrant.

Gandhi held discussions and sent letters to him, but Smuts often broke the terms. Though Gandhi felt cheated, he never lost respect and trust in him. When he wrote his autobiography almost a decade later he praised Smuts as “a high place among the politicians of the British Empire and even of the world”.

The End of Struggle

The General took hard and fast measures to suppress the rebellion and imprisoned Gandhi. Everyone including the English friends condemned Gandhi for trusting General Smuts. But he waved away the criticisms saying:

No matter how often a Satyagrahi is betrayed, he will repose his trust in the adversary so long as there are not cogent grounds for distrust. Pain to a Satyagrahi is the same as pleasure. He will not therefore be misled by the mere fear of suffering into groundless distrust.

The altercations came to an end in January 1914 after Smuts was forced to make an agreement with Gandhi. The Gandhi-Smuts agreement marked the beginning of the end of racism in South Africa.

An act of love

Indians became jubilant at the victory after decades of struggle. Smuts felt beaten but Gandhi never held any grudge. Before he left for India, Gandhi presented the General with a pair of sandals that he made himself.

The General was deeply touched by this act of humbleness and love. The hours of dedication and pain that went into making the sandals for someone who betrayed him more than once portrayed Gandhi’s attitude. It shook Smuts’ convictions and belief systems to the core.

The change that came over the General reflected when he supported the Fagan commission report that racial segregation is impossible and unjust. He subsequently lost the election in 1948, after two terms as Prime Minister, to nationalists who institutionalized apartheid. Nevertheless, he continued to work for the reconciliation until his death in 1950.

The transformation that came over the General was a testament for Gandhian affirmation of goodness inside everyone. The ultimate idea of Satyagraha hence is not nonviolence but the conversion of adversary into the path of virtue. This baptism mattered more to Gandhi than success in the rebellion.

In 1939, almost 25 years later on the occasion of Gandhi’s seventieth birthday, he received a package from Smuts. It contained a worn sandal with a letter from the General. His words may be the greatest certificate for Gandhian ideology.

‘I have worn these sandals for many a summer … even though I may feel that I am not worthy to stand in the shoes of so great a man. It was my fate to be the antagonist of a man for whom even then I had the highest respect. … He never forgot the human background of the situation, never lost his temper or succumbed to hate, and preserved his gentle humor even in the most trying situations. His manner and spirit even then, as well as later, contrasted markedly with the ruthless and brutal forcefulness which is the vogue in our day…’

Thank you for reading. Please post your opinions in the comments below.