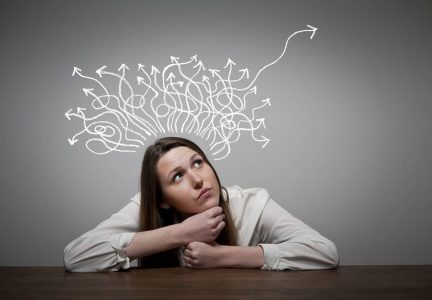 Imagine you are invited to a high-level meeting. You are given a spot between diplomats and VIPs. With the black suits, polished oak desk, and pin-drop silence, the very air feels serious. Then you notice the Dumbledorian white beard of an important-looking Iranian dignitary sitting to your right. The mischievous child in you imagines how fun it would be to pull on it. Even though you feel a great urge through the two-hour-long meeting, would you do that?

Unless you are a total nutcase, the answer is no. You know you are expected to act in a dignified manner in the meeting and hence you do.

Now imagine you are driving back from the meeting. You parked the car in front of a supermarket to get some groceries. Just as you were getting out, some drunk guy dings your car with his shopping cart and walks away without a word of apology. How would you react then? Unless you are a total saint, you will express your anger, not so politely.

This is surprising. How can a dignitary turn to Adam Sandler in Anger Management in 30 minutes?

Because it is in our nature to act according to social expectations. You are at your best in the meeting and not so best with the drunk because you know what is expected from you in both circumstances.

In a nutshell, it is the expectations of others that make us act in a certain way. We behave in ways that fulfill these predictions. In other words, we are living a self-fulfilling prophecy.

Social psychologists have studied this phenomenon of people and groups changing their behavior according to expectations. They were amazed to find that higher expectations actually lead to improved performance. The phenomenon is called the Pygmalion effect.

According to Greek mythology, Pygmalion was a great king and a sculptor. He once made a perfect sculpture of a woman—maybe because he was a nerd and couldn’t get women—and fell madly in love with it. He brought gifts to it, kissed it, and made a comfortable bed for it. In time, with the blessing of Aphrodite, the sculpture turned into a real woman and Pygmalion married her.

The story points out that Pygmalion’s deep love breathed life into a sculpture. Another classic example of how myths contain rare gems of wisdom in them!

Many studies confirm the Pygmalion effect.

An interesting experiment was conducted by Rosenthal and Jacobson, which they called the Spurter’s test. These researchers went to a school and conducted IQ tests on children. They claimed they found some high IQ kids, or spurters, and pointed them out to their teachers. In fact, they had just randomly selected some children. By the end of the year, another IQ test was conducted and Rosenthal and Jacobson saw a significant improvement in the scores of children they had selected. They concluded that the higher expectation of the teachers resulted in the higher performance of the children.

So if you were a straight C student at school, you were right all along to put the blame on your teachers.

Now the question becomes why this matters.

Think of it. We have dealt with people who are selfish, rude, and intentionally cruel to us. Our lives were made miserable, at least for a while, by these brutes. Pygmalion effect says that these people may have acted like brutes, not because they are inherently evil, but because we expected them to.

This is a bitter pill. The notion is as difficult to swallow as it is to criticize ourselves. Nevertheless, it prompts us to rethink our perception of others. What if we expect people to be virtuous? For instance, the Pygmalion effect says that if we expect someone to be honest, we bring out their honesty. It is worth a shot, isn’t it?

At the very least, we can stop judging people. Once we develop the right way of perceiving the world and start trusting humanity, we might find it a better place to live.

If you believe virtue is everywhere, everywhere you will find virtue.

Thank you for reading. Please post your comments and let me know what you think.

5 thoughts on “What to expect!”