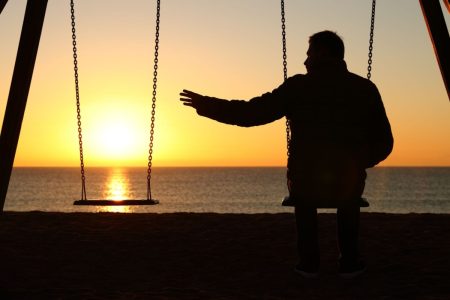 Have you seen the movie Home Alone? If so, you will feel for the 8-year-old who gets stranded at his home when everyone leaves town. Though we enjoyed the scenes where he copes with difficulties and resists a band of burglars with ingenious plans, we felt sorry for his plight.

Currently, I am in such a situation. Now, before you pick up the phone to call child services, let me assure you I am not an 8-year-old, though I wish I were. Then why do I feel like Kevin McCallister in the movie? Because last week my wife started working for her university and moved to a distant city.

As many of you don’t know, I never wanted to get married. The concept of living with a person for forty years, or even longer, did not appeal to me. My immovable resolve to lead a solitary life was matched only by my aversion to the institutionalization of love through marriage.

To those who forced me to find a girl, I philosophized: Marriage is a personal choice. I don’t feel like getting married. I am perfectly happy living with myself and on my own. My happiness is not dependent on my relationship with anyone.

When someone tried to lawyer me out of my decision, I let the great thinker Francis Bacon do the talking on my behalf.

He that hath wife and children has given hostages to fortune; for they are impediments to great enterprises, either of virtue or mischief

Then I met Jeenu and got married to her.

Don’t ask. I do not have an explanation. It just happened. My views on marriage are still intact, if not stronger (though I learned it the hard way not to voice them in front of her). But this was meant to be. The power of fate is beyond all comprehension.

Transformation to a family man

Contrary to all expectations, we are a happy couple. Though we have our differences, we learned to step around them—not without a fight. But our love for each other grew every day.

Because of the pandemic, we were together all the time. We both enjoyed our time together. I started to feel the joy of companionship.

Then she got a job far away.

I knew she had to fly off the nest, one day or the next. At best, I could hold her off. But I didn’t want to. So when the opportunity of research assistant came up at her university, where she completed her Ph.D. in Hydrology, I supported her.

Thus she packed her bags and set off to conquer the water world.

Suddenly, a feeling hitherto unknown bubbled up: loneliness. For the first time in my life, I felt lonely.

You may interject now and ask me whether I wasn’t alone before. Of course, I was alone but never lonely. I always had the company of my philosophy. I had forged shields to protect myself from the pains of loneliness. But when I got married, I was stripped of that armor and left vulnerable.

The first few days were the most difficult. I felt like all the colors drained off from everywhere. My world, which was in HD resolution, suddenly became 144p. The melodious sounds now lagged like being played from a slow record player.

I felt like Shrek (in the first movie). I was a happy ogre who accidentally met the princess and became acutely aware of his loneliness once she left.

She tied you to her kitchen chair
And she broke your throne and she cut your hair.
And from your lips, she drew the Hallelujah!

I appeased myself with the thought: at least my princess is not off to marry the dwarf king. And I surely didn’t drive her off with my selfishness (like Shrek).

Back to the hermit life

We know that marriage is not a pact of eternal companionship (though we pretend it is). Sometimes there is isolation, physical and mental. How couples deal with it determines the maturity of the relationship. If they can plod through the tough times, they will remain happy.

Being content with one’s own company is crucial. When I came to this epiphany, I tried to think back and imagine how I enjoyed my own company before marriage. I hoped that it would help me to cope with loneliness.

The first is routine. ‘Busy-ness keeps you in business’, I always used to say. I used to wrap myself uptight with my unrelenting routine. I had so little time to even think that I was not able to rethink the routine.

The second is friends. Keeping in touch with good friends kept me clear-headed and happy. They added color to my life.

As I am forced to be in a hermit life again, I have to dust these strategies and adopt them to keep my thoughts from derailing.

I couldn’t help but think about the pranks that life plays on us. It envies the happy. When you don’t have something, and you don’t want it either, life will thrust it upon you. Once you adjust to it and start to enjoy it, life will take it away. I think this is sadism.

Look at me. I was a happy hermit who, when life put to a corner, got married. I worked to make the relationship joyful, hence became happily married. Then life distanced me from my spouse, just to make me an unhappy hermit. Now I am starting to think that the whole point of making me meet Jeenu and getting us together was to make me the latter.

That is kind of childish isn’t it?

2 thoughts on “Dealing with loneliness, again!”