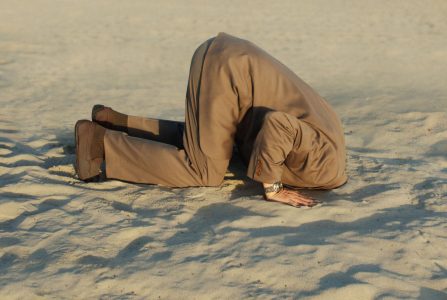 How can she be so hateful? What prompts him to support such a vile political ideology? Why did they behave to me like that? There are so many questions that we ask ourselves and others when faced with bitter experiences. Without raking our brains too much, we come to a simple explanation: he/she/the world is evil.

I also had this notion until recently. As someone who has had a fair share of bitter experiences, it is only logical to assume that the world is dark with evil lurking behind it. However, last week, a whimsical statement caught my eye:

Known as the Hanlon’s razor, it first made me laugh. But on further thought, the statement felt philosophical, almost revelatory.

Everyone has a prejudice called the Curse of Knowledge — as cognitive psychologist Steven Pinker terms it. We falsely assume that everyone stands on the same ground when it comes to knowledge.  The fact is many cannot see those things that are obvious to us. They are as dumb to our side of the story as they are blind to the bigger picture. This ignorance causes them to act the way they do.

Hence, many of their responses appear rude and unsympathetic to us. We may attribute this to the evil lurking in their nature. But most often than not, it is their ignorance of our troubles or human condition as a whole that result in their rudeness.

Moreover, a person is the fruit of his family tree and social atmosphere. They can cloud his judgment and put up walls of bias in his mind. Furthermore, those who are brought up in an unloving household are unable to exhibit empathy. They find it difficult to stand in other’s shoes.

This inability contributes to the lion’s share of the problem.

Haven’t you wondered what causes a person to be part of vile ideologies? Psychologists have an answer. They see it as a phenomenon called transference, whereby a person creates demigods out of public figures. This tendency makes him an apostle for charlatan politicians or a fanatic of belief systems. He is actually blind to the evils caused by his heroes and ideologies.

“Ignorance, the root and stem of all evil.”

Thus ultimately, most evil stems from the ignorance of the general public. Once we see this, we cannot blame anyone. If there is anything one should be accused of, it is thoughtlessness and reluctance to break out of blind beliefs.

What can we do?

Once we change our perspective and see people as imperfect rather than evil, we empathize with them. Their childhood experiences, hardships, and social situations may have made them ignorant. So we have to feel for people and give them the benefit of the doubt.

“Father forgive them, they know not what they do.”

Indeed we can make the world a better place if we try. We can extend our loving hand and help people out of the deep pit of ignorance. Once they escape from the dark trench and see the light, they will never go back into darkness. It is the only way to curb the evil in the world.

Thank you for reading. Please post your opinions below.

8 thoughts on “Is evil your cousin, ignorance?”