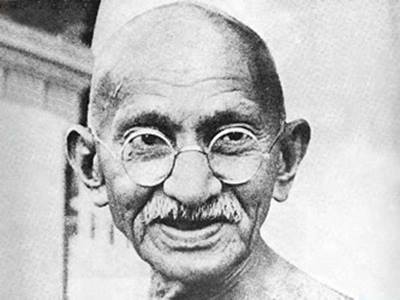 Gandhi was inevitable. If humanity is to progress, Gandhi is inescapable. He lived, thought and acted, inspired by the vision of humanity evolving toward a world of peace and harmony. We may ignore Gandhi at our own risk.”

Story of Gandhi essentially marks the story of the Indian Independence struggle. With his wisdom and belief in fearlessness, truth and non-violence, Gandhi led India on a triumphant struggle against the colonialist rule.

With his unique views and strict practices of non-violence, Gandhi captured world attention. This is the third part of the blog series which attempts to portray Gandhi with his complete greatness and flaws. You can read the first and second parts here

Besides his pacifism and ingenious ways of protest, Gandhi was revered for his attempts to purge Indian society of its evils. They form the reasons for attributing the honorific ‘Mahatma’ to his name.

1) Worked against caste system and untouchability.

Equivalent to the apartheid in the west, the evil custom of untouchability and unapproachablility was deeply ridden in the Indian society. Gandhi considered all people as human and advocated co-existence and love, calling the cause of the untouchables “a passion of my life”. Lovingly naming lower casts ‘Harijans’, or ‘children of God’, he made efforts to change the social outlook towards them. He insisted on self-cleaning of toilets at a time when it was reserved for the lower casts in the society. This was unacceptable to the upper class and some of his followers. Gandhi was questioned even by his wife and strict follower, Kastoorba, when he admitted a lower caste pariah to live in their ashram. But he refused to deter from his beliefs and actions.

Gandhi catalysed the Vaikom sathyagraha in Kerala (1924-25) which pleaded for the entry of lower castes into the temple. Temple entry proclamation (1936) issued subsequently by King of Travancore Sri Chithira Thirunal Balarama Varma became the first blow for caste system. Gandhi’s efforts to purge India of caste system by promoting intercaste dining and cohabitation was fruitful. Nevertheless the higher castes turned against Gandhi following these movements.

When India was divided between Hindus and Muslims, Gandhi acted as an ambassador for religious unity. He traveled around the country and spread the message of compassion. He supported the Muslim community in their Khilafat movement (1919) and urged Hindus in India to do the same. This created a mutual respect between the two religions.

I believe in the fundamental Truth of all great religions of the world. And I believe that if only we could, all of us, read the scriptures of the different faiths from the stand-point of the followers of those faiths, we should find that they were at the bottom, all one and were all helpful to one another.

Gandhi learned Islam, Christianity and Hinduism and adopted worthy concepts to his philosophy of truth. He advised the Hindu and Christian children in his ashram to fast with the Muslims and exchange gifts at the time of festivals.

At the Malabar hill talks of September 1944, Gandhi pleaded against Mohammad Ali Jinnah‘s proposition of a separate sovereign Muslim nation of Pakistan. Following the failure of the talks, when Jinnah proclaimed ‘direct action’ for a Muslim nation on August 16,1946 Gandhi warned the Congress and Muslim League leaders on the forthcoming bloodshed. Surely, riots broke out in Calcutta and over 3000 were slaughtered.

While communal riots tore apart Naokhali (now in Bangladesh) and Calcutta, Gandhi traveled to these places and even stayed for six weeks in Naokhali amidst extremist Muslim majority to prove that a Hindu can live with Muslims. Gandhi believed ‘if Naokhali is lost, India is lost’ and opted to sathyagraha (fasting until death), which resulted in an immediate stoppage of bloodshed.

Thus by the sheer force of personality, Gandhi was able to contain the riots and people literally laid down arms at his foot. But Gandhi was deeply disappointed of the violence and proclaimed that India is not ready for independence.

“The essence of his teaching was fearlessness and truth and action allied to these…. His voice was somehow different from others….It was quiet and low, and yet it could be heard above the shouting of the multitude; it was soft and gentle, and yet there seemed to be steel hidden away somewhere in it . . . Behind the language of peace and friendship there was power and the quivering shadow of action and a determination not to submit to a wrong.”

Gandhi believed that the small-scale industry is one of the ‘four pillars in which Swaraj (complete Independence) rested’. His insistence and teaching resulted in the growth of all small scale industries.

When British destroyed the indigenous textile industry, famous for its fine silk and muslin even during the Roman empire, by imposing heavy taxes and destroying the looms of the weavers, Gandhi protested. He resolved to resurrect the weavers and taught himself how to spin and weaved his own clothes. He chose charka (indegenous hand-loom) as his weapon and symbolically carried it everywhere he went. Gandhi also urged his followers to boycott European clothes and buy khadi cloths. The following surge of people for indigenous cloths saved the Indian textiles.

“You must be the change you wish to see in the world.”

Gandhi believed that a nation can truly be free only when it has strong moral and spiritual values. He fasted frequently to purge his own soul and believed that only a pure leader can lead his people to liberation. His struggled to improve the morality of his followers. His concept of ‘Poorna Swaraj’ (complete independence) could only be actualized with morally strong citizen.

Gandhi had strict views of celibacy and fostered faith in his self-control through experiments. This raised many eyebrows. But Gandhi would not be dissuaded by pseudo-moralists. He tried and tested his ideas and philosophies regularly.

“What I am concerned with is my readiness to obey the call of truth, my God, from moment to moment, no matter how inconsistent it may appear. My commitment is to truth, not to consistency.”

Gandhi was an ardent seeker of truth. He thought truth is God and dedicated his life to experiment with different facets of truth. He had to face imprisonment, mockery and even hatred from his followers in his truth-seeking, but he never despaired.

Travelling through India, he realised that the poor in India lived in highly unhygienic circumstances. He educated the masses about sanitation and set himself and his ashram as example. He himself taught people to build public toilets and instructed them on cleaning their surroundings.

Gandhi always identified himself with the ‘poorest of the poor’ in the society and embraced simple living. Leaving all the worldly pleasures he lived like a hermit, with bare minimum commodities, in the self-sustaining villages (an idea that he borrowed from Leo Tolstoy) that he built. He never travelled in cars, seldom in trains and even avoided sitting in chairs. Once he said to the British Viceroy that his house with its 340 rooms is the greatest obstacle between him and the people of India. Ironically the Viceroy house, now renamed Rashtrapathi bhavan (President’s house) is the dwelling place for the President of India.

6) Socialist view on the rights of people

Gandhi never allowed his emancipation struggles to hurt any of his opponents physically or mentally. When 23 policemen were killed in the Chauri-Chaura incident, on 5 th February 1922, Gandhi called off the Non-cooperation movement, which took India to the verge of Independence, saying ‘India is not ready for a non violent victory’. Assuming the responsibility of the incident he fasted in atonement.

Gandhi did not identify himself with any groups. He respected the rights of everyone including those who opposed him. After the cataclysmic vivisection, against his repeated pleas, he fasted on January 12th 1948 to give the rightful share of the money to Pakistan, which infuriated fanatic Hindu preacher Nathuram Godse, culminating in his assassination 18 days later.

Though three bullets silenced the greatest orator of non-violence, his ideals are still being widely proclaimed for their eternal relevance. Nevertheless, defamers continue their criticisms on his philosophy and life even after 70 years. A close look at the facts behind the criticisms on the next blog.