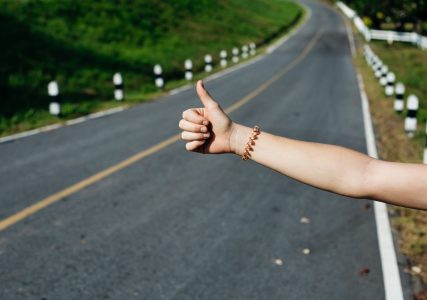 Science is developing very fast. We are living in an era where technology has reached beyond the human comprehension. From Nano technology to Space exploration, science is creating wonders in all fields.

May be one of the greatest advancement that positively affected human race came in the form of new communication channels. Gone are the times when people waited for days or even weeks to receive news from around the world or to hear from their loved ones.

The great leap in communication has made tremendous changes in our daily life. What appeared super human a generation before is a child’s play now. Information became free and communications across the globe became an instant process.

Think tanks believe that the next hyper leap is going to happen in transportation. Already travelling has become much cheaper and faster compared to previous decades. Ships which took months to reach from shore to shore were replaced by aeroplanes which takes only a couple of hours, poor horses who carried people around were rescued by high-speed cars and motor ways.

Still, compared to the development in communication technology, the mechanics of moving around has not changed much. The term ‘arduous journey’ is still relevant even if it is through air.

Science predicts that in near future we will be able to traverse in a completely different way. The study of black holes and virtual reality is the key to this development.

Black holes may be the most mysterious objects in the universe. With unimaginable gravitational pull and  non calculable properties, black holes have fascinated physicists for a long time.

It was the Austrian physicist Ludwig Flamm, who finally made some assumptions regarding the properties of black holes from Albert Einstein’s theory of general relativity. He predicted that they are so massive that they create a rupture in the space-time. According to his theory, if something passes beyond the event horizon, it will find itself in a totally different part of the universe, may be light years away from the starting point.

In 1935, Einstein and physicist Nathan Rosen elaborated this idea further and predicted that there can be bridges between two different points in Space-time which acts as a passage or shortcut. It came to be known as Einstein-Rosen bridges or quite simply, a worm hole.

Physicists, fascinated by this concept are trying to simulate this in normal conditions. May be in future, we may have to just pass through a door like portal, to reach another continent.

Such theories of worm holes are still in the ‘black board’ stage. However, it is fascinating to think about it.

Nevertheless, I am thinking of other technologies which almost completely makes travelling unnecessary by simulating the whole experience in our house. Namely; Virtual Reality.

We are seeing rapid advancements in VR technology. Though primarily now used in simulations and games, if intelligently used, their practical world applications can bring about tremendous changes in our daily lives.

For instance, take travelling to work for example. We have all gone through that grueling drive in the morning through the traffic that itself is a mood killer. Many have decided to relocate from their loved ones just to be near their place of work.

What if instead you can work from home but still feel that you are in your office with your colleagues. The virtual world would be so advanced that you can see, hear, sense, smell or even taste (a coffee) your work space. It would be so real that you will find no difference from your real office.

If this technology develops, the implications will be tremendous. Grocery shopping, attending conferences and functions even tourism could be done virtually (which actually takes the fun away from it, I admit)

There are many people who think this could happen very soon, within a decade or so. But many Physicists and Engineers are sceptical of these claims.

It is now believed that Augmented Reality is much more a possibility that a truly virtual one. Instead of completely replacing the reality of the person, AR enhances or enriches it to a new level. But still all this ideas are possible.

Being an Engineer myself, I am ever hopeful that science can create such a hyper jump in travelling and I would never have to actually go to my office again! At least not in ‘reality’.

It really amuses me to think of all these. I hope the ideas would come true very soon. Then world would be totally different from what we know today.

How exciting it would be to live in a Sci-Fi movie!

Thank you for reading. The opinions in the blog are personal. Please do share your thoughts in the comment box

6 thoughts on “The Futuristic Hitchhiker”