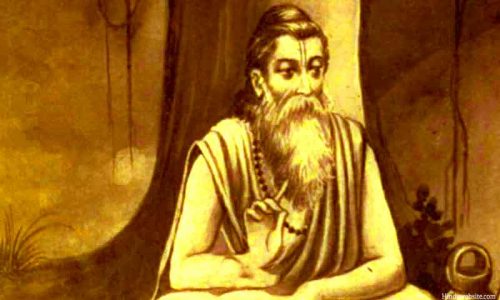 There is an old story in India

A thief was being chased by villagers one night. Running for his dear life, the thief understood that he cannot outrun the villagers. Luckily, he saw some ash at the foot of a tree. Quickly he smeared the ash on his body and tied his hair up and sat cross-legged under the tree in padmasana, pretending to be in deep meditation. The villagers, found him in the position and mistook him for a sage and paid their customary respects to him.

What is spirituality? In a world were counterfeits cannot be spotted out easily how can we identify whether a person is a spiritual master or a fraud?

Spirituality maybe one of the most loaded words today. Great misconceptions and mysteries surrounds the word. Some readily fall for anything they think is spiritual, others completely avoid similar situations altogether. In fact, both are wrong approaches.

Repeated and inappropriate use of some words have made them lose their real lustre and have been degraded as cliché. Fate of words such as soul, spirituality, God and so on falls under this category. They invoke many feelings and images with in a person depending on his cultural background and upbringing.

For a westerner, the word ‘spiritual person’ creates the image of a church going, meek person who prays daily and believes in hell and heaven. In the East, there are even dress codes which imply that the person in religious.

But is it necessary for a person to confirm to all these conventions to be spiritual? I think not.

Outfits do not matter

When Jesus was crucified, the soldiers took his garments, made it into four parts, to divide it among themselves. As his coat was seamless, woven from top to bottom, they cast lots as to who would get possession of it.

This instance portrayed in the Bible is like a prediction of the future of all religious faiths and factions. Everyone wants to wear the saintly outfits, but the real saints are left to die in the cross.

Mostly, I have felt that there are more chances of meeting a spiritual person in a night club or a pub, with a tattooed hand, enjoying a beer, than in the narrow corridors of a religious institution.

This brings us back to the question ‘if those who shows off their spiritual outfits are not spiritual, who is?’

Real traits of a seeker

Though it is difficult to put a finger on the trait which separates a spiritual person from an impostor, there are unavoidable fruits for the goodness inside.

Primarily the person will be full of love. This is a basic trait of a spiritual person. Because without love, there is no spirituality. She does not necessarily be of any religion or doesn’t even have to believe in the existence of God or an afterlife. But love is imperative.

She would be comfortable being and loving herself first. Also her love would be directed not just to any particular sect or race of people but to all of humanity.

It certainly is difficult to point out real love from ‘what we think is love’. That in itself requires a couple or more blogs to explore. But here it would suffice to say that the person will be truly loving.

Modern political, religious and cultural climate gives rise to ‘labeling’ someone to a particular sect or belief. A spiritual person on the other hand, refrains from such myopic ideas and maintains a liberal attitude towards everything in life. She doesn’t let prejudices and favoritism rule her decisions and outlooks.

Because of corporate self centeredness and fear of hidden agendas, an altruist is frowned up on and his genuinity is constantly questioned. But no heed is given to such nay-sayers by truly spiritual people. They go on not just helping everyone, but feeling responsible for all living things from animals and plants to tiny insects. At the same time they would be intelligent enough not to mar the growth of anyone because of improper kindness.

It is difficult for a spiritual guy to confirm to many taboos and conventions in the society which forces masks on everyone. He may choose to speak out or remain silent, but the feeling against such acts will surely be present.

Their acts may feel totally unacceptable or stupid to a self-centred person. As he may choose to extent himself beyond limits and spend valuable time for seemingly trivial things as nurturing a garden, helping strangers, enjoying the beauty of nature and so forth instead of making money or achieving goals, he can appear as a rebel in the eyes of the society.

Follows a simple and satisfied life

Truly spiritual people are not concerned of the worldly achievements. Instead they devote their time for the goodness of the world. They lead a simple life with a few possessions.

As they are unconcerned of worldly achievements, they won’t have much regrets and hence will be satisfied and happy with their lives. They understand the futility of materialism and follow their heart even though it may lead to poverty.

A really spiritual person will live life as an art, will create a deep harmony between the body and the consciousness. And this is the greatest art there is. His life will be a joy to see. And he will be fragrant, for the sheer reason that there is no split in his being. The very unity makes him organic; the wound of division is healed.

All the aforementioned traits might not be clearly present in all the saints, but seeds of such behaviour will be unmistakable.

As with everything in life, we learn more as we keep on in spiritual path too. We may sometimes succumb to unrealistic notions but a true seeker will definitely come back to the right path.

How great it would be, if we can shed our spiritual paraphernalia and enter weightless into the ever-present truth.