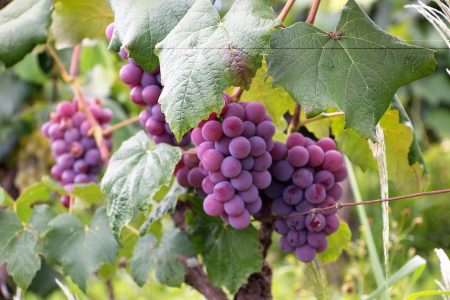 There is a story is Aesop fables

A fox one day laid eyes on a juicy bunch of grapes in the wine yard. Mouth-watering, he jumped to snatch it. But he missed by a long way.

With a little bit of run up he tried again, but failed. With his third jump, he fell flat on his belly.

The fox said in disgust,”What a fool am I to waste my energy for the sour grapes!”.

The modern world is too much concerned about fulfilling their wishes. The pursuing of desires and pleasures has become an unbreakable taboo in the society.

From childhood days itself, we give the idea to children that life is a quest for pleasures. Achievements are hailed, unheedful of how they are reached. This has created a society polarized towards winners and hence people are forced to confiscate success at any cost.

Though nothing succeeds like success, is it our only aim as an intelligent animal? Doesn’t life have more to it than succeeding every where?

Moreover, we are sour losers who fail to admit that every one cannot win. We go to abuse, depressions, and self-destruction as a vent for our unhealthy view towards failure.

In fact, sometimes our success gives us nothing but momentary happiness where as our failures are our greatest teachers. Open minded analysis of our losses gives great lessons that helps us to mature.

Many a times the race creates so many losers that winning itself is a suffering. It even feels a bit sadistic to get overjoyed in success.

The great requirement for success

In the frenzy of competition and the pressure of our dreams, we sometimes forget the greatest requirement for success; deserving.

For instance, if someone dreams of becoming a big pop star, he should primarily have a good voice, a passion for music and should be ready to work relentlessly for it. How comical it would be, if the person doesn’t have these qualities, and still desires to challenge the legacy of Michael Jackson.

More often than not, we forget to consider our eligibility for success. Reaching out to the grapes too high for our standards is forgivable but whether we really deserve it is a question that needs to be addressed.

Albert Camus, the French writer and philosopher, won the Nobel prize for literature in 1957. He actually won by one vote over the great Greek writer Nikos Kazantzakis. Camus, who is considered by many as the greatest exponent of philosophical branch absurdism and a great writer, later reacted that Kazantzakis deserved the honour ‘a hundred times more’ than himself.

Such kind of stoic truthfulness only increased international favour towards Camus. Though Kazantzakis is ever remembered as a giant in modern literature, Camus through his words etched a memory of his own in the hearts of generations.

Though it is not condemnable to wish for something, it is much respectable to be worthy of it first.

Whenever we desire for something, it should be an impetus for us to try to be eligible for it before actually achieving it. So our efforts and our thoughts should guide us in the right direction.

Another question worth asking is whether we actually need what we desire for. The carnivorous fox in the story, might have just reached for the grapes out of curiosity. He might have felt that it actually does not suit his taste after getting it.

The same way the futility of the effort and dedication may be apparent only after the success. This may create a great regret.

Isn’t it hence better, to worry not of the outcome while steadfastly trying, and to let go of the prejudice towards failure?

21 thoughts on “Deserving the Desired”