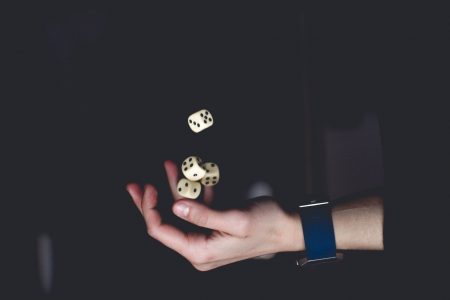 We hear about fortunes all the time. Irrespective of whether we believe in it or not, we have no escape from it. Even some of the great literary works and epics proclaims its role in human life.

For instance, in the Shakespearean tragedy Macbeth, the protagonists life is dictated by chances. Many great litterateurs, argue that the play is actually a tragedy created by wavering fortunes.

From the prophecy of witches, the stay of King Duncan in Macbeth’s house which subsequently lead to his murder, the assassination of Banquo, to finally the murder of Macbeth himself by the hands of Macduff who is not ‘one given birth by a women’, the plot is full of chance happenings.

Nevertheless, it can be argued that it is not chances, but the choices of those who are brought together by it, that plays the role of antagonist.

Many a times, our lives also cross paths with what we call chances or accidents. Everyone is aware of the wavering fortunes that decides the success or failure of a person. Often we meet people who had unexpected fortunes or misfortunes that changed their lives dramatically.

Though such dramatic instances are not common, we have all felt the invisible hand of chances controlling our lives. In fact, the more we are aware of it, the more we feel it.

For instance, all of us have memories of that stranger who helped out the time of need, close shaves with major accidents, or an opportunity that appeared out of the blue.

Though mostly we benefit out of the chances, there are also some events which we call misfortunes which have the power to turn our lives upside down. People undoubtedly adores fortune and abhors misfortune.

Throughout ancient cultures, we can find faith in fate. The Chinese called it Tao, Indians Vidhi, Greek and Roman mythologies Moira and so on.

Whatever it was called, everyone tried to overcome or at least tip it in their favor by specially designed rituals and acts. Some believed possessing some magical objects can bring fortune and some black arts have the power to create misfortune for others.

Though it is difficult to pin point whether religions evolved out of this beliefs or these beliefs evolved from religion, there are some incontrovertible facts that prove that the convictions on fate are not mere credulity.

The Science of the Tao.

The great Indian philosopher and mystic Nataraja Guru, in his auto biography ‘Autobiography of an Absolutist’, argues that ‘a Cybernetic backward feeding calculus is implied..’ in chances.

Cosmos, which is an interconnected web of phenomenon, in which we are part of, is fed alternatively and disorderly with positive and negative entropy. The tide of time which carries us forward is amply strewn with bits of chances, positive and negative affected by this backward feeding. So, he argues, we have fifty-fifty chance of meeting with good or bad luck in our life.

But the more positive we are and willing to feed goodness into the cosmos, we are more likely to get positive chances, or luck as we call it.

As you sow, so shall you reap

Nevertheless, the quest of luck is doomed to fail. Our understanding should guide us between the polarities without getting too affected by it. A neutral attitude, or submission to the will of God, as ancients called it, is the right thing to do.

Trying to manipulate the cosmic order can bring about unforeseen troubles. Hence ancient mystics, dared not to influence the peaceful flow of life, though they were perfectly capable of doing so.

Instead they choose to witness everything without getting attached to any of it. This is the intelligent neutral path.

A course of action

Even though we should try not to influence chances, we should not remain dormant in the circumstances which it presents. Spreading positiveness is the right way by the law of back feeding calculus, that we can bring positivity to ourselves.

Mostly we take the stand of Cain in the bible towards the atrocities happening around us. We happily relinquish our responsibility towards the cosmos, creating tension in the so-called web of connections creating a negative feedback loop.

Unselfish deeds of goodness should be the norm. Helping out a total stranger, protecting nature and all living things and more importantly responding to calls of distress are somethings that can surely influence the chances.

“There are no Accidents”

Is the response of Master Oogway, in the exceptionally funny but philosophical movie, Kung fu Panda (2008), to the irritated Shifu who insists that the choosing of the dragon warrior (Po) was an accident. Oogway tries to prove to him that everything is happening as destined.

This statement brings up a strange realization; we are all where we are supposed to be and so are suppossed to respond positively.

Rather than neglecting the simple things that happen around us, how great it would be if we can thank the cosmos that presented the chance in front of us and act unselfishly on each situation.

Every chance presents itself with  a choice. But what we choose is totally up to us.

Thank you for reading. I would love to hear your opinion. Please post them in the comment box below.

12 thoughts on “The Game of Chance”