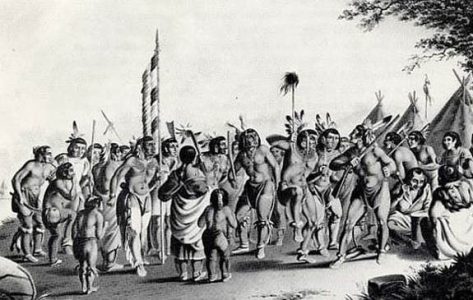 Long ago, amid a dense forest, there was an ashram where an enlightened master lived with his disciples. There was a troublesome cat in the place. The master used to cage it before he started the prayer rituals.

One day he went on a long pilgrimage, leaving the monastery in the care of his disciples. Being devout to their guru, the disciples diligently followed the customs he established.

After 12 years the sage returned. The disciples were overjoyed when they saw their guru.

But when he presided over the morning prayers his chief disciple came to him to report a problem: there was no cat to be caged before the ritual. How can they initiate the ritual without caging a cat?!

Though the troublesome cat had long died, the disciples used to catch a cat and cage it as it was what their master used to do before the rituals.

The master went out on another pilgrimage and never returned.

The simple story is very relevant today. Many of us are descendants of the disciples who blindly follow everything without applying our minds.

Though our eyes boast a perfect 6/6 vision, most of us are blind. It is our convictions and adamant opinions that obscure our vision. We laugh heartily when we see others blindly following the idiocies. But when it comes to us, we consider our belief systems sacred.

These systems of beliefs which make us circus clowns before others need not necessarily be religious dogmas. The hands that make us dance like a puppet can be that of political ideologies, unquestioned convictions, illogical desires and so on.

Time for the Naked dance

There is a particular tribe in Central Africa. When they get into a battle with other tribes and are about to lose, they strip themselves naked and start a bizarre naked dance singing their Jinga Bungas. When the enemies are distracted, the tribal chief escapes.

When it comes to saving icons, we are not much different from the tribals. Though we do not literally strip ourselves bare, we assort to ridiculous logic to protect our believes and icons.

The problems of Blindness

We constantly face problems caused by either our own or other’s blindness. Some of the issues that we see around the world are:

Ever been criticized by someone for your opinion? It is quite frustrating. If the guy ridicules our conviction, we start a barrage of verbal abuse on him. We do not care whether we are wrong, we just want to win the debate.

Many countries today are headed by grumpy clowns. Their idiocies are criticized by the thinking world. But no need to fear, the multitude of dumb followers are waiting in the backstage to start their naked dance to cover their leader.

Thanks to the growing number of nude dancers, the power of the grumpy clown in the highest office is consolidated.

You know which religion is right? only my own. Others are followers of Satanism doomed to burn in hell for eternity. Do not even think about criticizing my beliefs and customs, because I will beat you to death in public.

So what is the remedy for this blindness?

It is difficult to keep an open mind. I have seen many who boast they are not prejudiced. But they are the crudest naked dancer ever when faced with skepticism.

Unquestioned beliefs are blind; be it religious or political. It is better to forge our convictions after passing it through the fire of rigorous fact-checking. Consistently rely on international media and quality journalism to know the truth.

Getting overly appreciative and protective of a leader is the sign of a mental disorder called Celebrity Worship Syndrome (CWS). Try not to fall for the gimmicks of the self-proclaimed icons. Their rhetoric can be deceptive.

Most vile ideologies can be weeded out by one simple test: Love. Everything should stem out of deep love for humanity. If any idea spreads hatred or hurts anyone, it surely should be avoided. Violent nationalism, racism, religious intolerance are surely not based on love.

Like the disciples in the story, we are following conventions and icons blindly. We can’t go on torturing the poor cat because we are unable to question our idiocies.

We do not owe it to any icon or ideology to protect them with our naked dancing skills. If we feel forced, it is definitely not worth it.

Let us escape from the suffocating sepulchers of blind beliefs and enjoy the freedom of love.

16 thoughts on “The Blind Naked Dancers!”