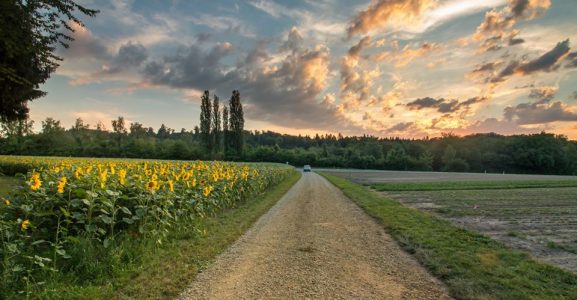 Stories are a treasury of insights. Here is a rare gem.

Long ago, in a monastery, there lived a rebellious young monk who despised ascetic way of life. At night, he used to sneak out of the monastery to pursue worldly pleasures. He used a footstool to climb out of the high monastery wall. His master, a saintly old sage, one day saw the young disciple slipping away. While climbing down the wall, after a few hours of carnal pleasure, the young disciple stepped on his footstool and froze! He had stepped on his master’s hunched back. The master had replaced the footstool and stood there waiting for him. The terrified disciple was stunned when he heard the old sage’s soft words, “It is snowing outside, I don’t want you to catch a cold. Go in and sleep well my child.” The young monk, stricken with remorse, cried out loud and gave up his wayward life forever.

The allegory overturns the lame concept of harsh disciplining. The kindness of the master opened the young monk’s eyes. Undoubtedly he will be eternally thankful to his saintly teacher for redeeming him.

Nowadays, when it comes to correcting someone, we see a lot of heated debates and arguments. Still there is no substantial change whatsoever. On the contrary, they lead to more confusion, hatred and violence. Why is it so?

Indeed, it is difficult to handle conflicting interests. There will be a lot of people who disagrees with our opinions and has different outlooks all together. Mostly we feel threatened in such situations and succumb to arrogance and violence. But is this the right way?

Ego is a boundary

“Let me never fall into the vulgar mistake of dreaming that I am persecuted whenever I am contradicted.”
― Ralph Waldo Emerson

Mostly we try to correct people, not because we want to help them, but because we want to satisfy our ego. This can be a huge barrier in the process. If our intention is the growth of the other, we should be patient enough and should set aside the inflated self-image.

For change is very difficult. People get irritated when someone questions their believes and prejudices. Some people may even get abusive. To expect and withstand such behavior, we should be selfless like the sage in the story who humbled himself to make his disciple virtuous.

Violence is not the answer

We may get agitated and resort to anger and violence, when dealing with other’s ignorance. It is easy to respond emotionally to arrogance of the opponent and such reactions can sometimes give temporary success. But, in course of time, the resentment in the other will surely bubble up and cause even more problems. Hence assertion using violence is like treating the symptom rather than the disease.

“In a gentle way, you can shake the world.”

A non-violent and loving approach, on the other hand, may be slow, but can surely bring about positive change. Provided that our view is true in every sense of the word and our intention pure, conversion of the opponent can be facilitated through love.

In the aforementioned story, instead of the master, if it was another disciple in the monastery who tried the same trick, will it have worked? I highly doubt that. It is the moral superiority of the master that ameliorated the character of the young monk. Similarly, we should check our own quality, while venturing to correct another.

I sometimes feel that the absence of integrity in masters is the sole reason for social immorality. People like Gandhi, Jesus and Buddha could influence masses and change the course of history because of their unquestionable moral rectitude. Contemporary society is in dire need of such a master.

Something that I noticed while reading the Indian epic ‘Ramayana‘ is the mutual respect the rivals give each other, verbally or otherwise. Whether it be a debate or a friendly conversation the dignity of the of the opponent should not be vitiated. Mellow words appeals more to the listener than harsh and arrogant ones.

In the story, the master never scolded nor shamed the disciple. If he had, the outcome would have been quite different. But his affection towards the young monk is evident from his words. The love and care of the master transformed him once and for all.

However, we should accept that we are infallible. An empathetic and unprejudiced approach should be practiced so that we don’t hold on to blind beliefs. Many a times we don’t necessarily have to agree on everything. Be it religion, politics or personal beliefs, everyone has the right to choose what they believe in. We can always exercise the freedom to ‘agree to disagree’.

If we can co-exist in spite of our differences, accept the other for who they really are, guiding each other through love and patience, won’t the world be a beautiful garden to live in?

Feel free to express your opinion on the comment box below

45 thoughts on “Shaking the world gently!”