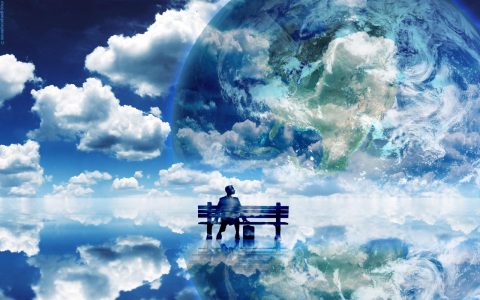 My quest for classy non-fiction, recently took me to perusal of Yuval Noah Harari‘s thought provoking best seller ‘Sapiens‘. Originally a historian and a professor in the department of history at Hebrew University of Jerusalem, Mr. Harari has an innate talent for presenting his arguments in a well documented way. He explores why Homo Sapiens are unique, compared to other animals. After considering many aspects, he concludes that the imaginative ability of the human race is the sole reason for this.

The true sign of intelligence is not knowledge but imagination.

Mankind, he explains, can be brought together and can be forced to work together like no other creature because of its ability to believe in imagined institutions. In his own words ‘you cannot make a chimpanzee give up his banana in the present, so that he can have 1000 bananas in the afterlife‘. Likewise, the belief in conceptual notions such as a country, religion, company, money and so on can prompt people to do things that no animal will be willing to do.

This unique ability has made humans ever so powerful and made him rulers of the earth.

The other side of imaginative ability.

Coming to think of it,  this imaginative capacity of humans has its boons and banes. In the movie, ‘Split‘ by director Manoj Night Shyamalan, the psychotherapist Dr. Karen Fletcher, invites our attention towards the peculiar case of people with Multiple personality dissorder (Dissociative Identity Dissorder). She points out that different personalities inside the same person, will have different physical strength, intellectual capabilities and mannerisms.

So whatever abilities or limitations that we have is actually a construct of our own imagination. In the book An Essay Concerning Human Understanding (1690) , John Locke explores the idea in detail. Our physical and mental abilities are the products of our mental self-image. Even the happiness and satisfaction a person enjoys relies mostly on his or her own outlook towards any situation or life itself as a whole.

A typical example of this is found in my uncle. Though he is as fit as a fiddle for his age of 67, he considers himself weak. Even though, repeated tests carried out on him came up with negative results, he is not convinced and goes around from one doctor to another, trying to cure the non-existent disease.

To some extent we all have this problem. Some people believe that they are very confident and can overcome any obstacles and hence, they do so too. I had a friend in college who was normal built but believed that he possessed super human strength. Through his belief, he was able to astonish us all with his feats.

All of us live in a self simulated reality. Our political and religious outlooks, our physical and intellectual abilities are all products of this reality that we create by ourselves. That makes it difficult to mend, because the problem is ultimately within ourselves. What if we can remake this reality and change the whole outlook?

“Kingdom of God is within you”

Mostly self-help books and motivational speakers advocate overdose of this imaginative shift. This also can be a trouble because the concept that we believe in some times imprisons us. I have seen many apologists, in spite of their sharp intellect and innate goodness, making a fool of themselves voicing idiotic ideologies of the organisations they believe in. The debates in social media regarding social issues is the best example. I have explained this topic in detail in the blog ‘Prisons in Mind‘.

So the question arises, How can we have a balanced imaginative capacity

A strict adherence to reality is the first requirement for a balanced mind. Psychologist M.Scott Peck in his beautiful book ‘The road less travelled’ argues that ‘metal health is the ability of a person to adhere to reality, however painful it is.‘ Mostly our mind tries to escape from the agony of reality by interpreting it in some other way. But in the long run, this unrealistic outlooks becomes incompatible with the situations and ultimately life becomes hell.

External factors can also instill lame convictions. Rather than blindly following icons and institutions that we support, an open-minded approach towards facts should be practiced. Also an attitude of experimentation with ones own abilities should be harnessed. How else would we know the talents dormant in us? (Check out the post ‘Dare to try the new!‘)

In his auto biographical book, ‘The way of the peaceful warrior’, Dan Millman narrates the account of his master asking him three questions; “Where are you?” “What time it is?” and “What are you?” Though Millman presents many answers, his master is not satisfied. Ultimately after long years of meditation and training, he comes up with the right answer. He went to his master and said “I am here! It is now! I am this moment!” The master was immensely pleased.

To exercise our unique imaginative power, without losing the grip of reality, requires a lot of practice. But imagine how blissful it would be to escape from the hell created by our own minds and live gracefully in love. How exciting it would be to perceive the world as it is, without the veils of prejudice and preconception. The meditative mindset hence achieved would definitely make the world fragrant with love and kindness.

19 thoughts on “Self Simulated Reality”