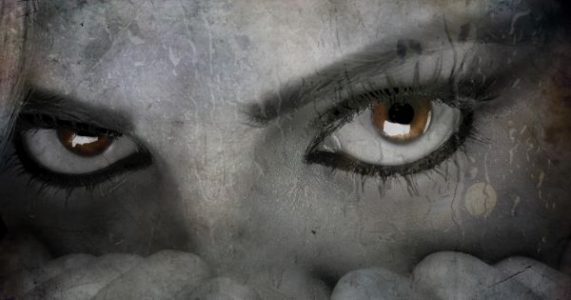 Some times certain imageries evoke some revelations in us that gives answers to long sought after questions. I recently had such an experience.

Last day, while I was going back home after my evening stroll, I saw an acquaintance of mine pelting stone at an innocuous stray dog. Upon enquiry, he said that he was afraid the dog would bite him. From where I was looking, the dog was just walking away from him minding its own business. The person’s unrealistic fear prompted him to harm the animal.

While brooding on the topic, it started making sense to me. It is evident that the  violence in the world is the result of fear in the heart of human kind. We are so insecure that our ‘fight or flight‘ instinct kicks in. More often than not, we prefer to fight, which result in massive violence.

Behavioral science points out that fear is the root of all tensions. The insecurity within us prompts us to act violently and hurt others in our defense. In a few, it can develop into a personality dissorder.

The best example for this is Adolf Hitler. Psychologists like Walter C. Langer and Erich Fromm attribute Hitler’s demonic acts of violence and genocide as the product of an insecure childhood. Brought up by an abusive father, Hitler was tormented by the deaths of his four siblings and his protective mother. His mistrust and fear of the society triggered the atrocious acts.

Zoologists argue that even though man has migrated from the middle of the food chain to the top of it during the last 10,000 years, our instincts are still that of a prey. Thus we are eternally afraid of the world around us.

While  in other animals the fear causes fleeing or locking horns for self-defense, with humans it’s a different story. His superior intellect has empowered him to forge weapons of mass destruction that can annihilate the world in a matter of seconds.

Throughout history, we can find evidence for this. From the mass extinction of mega fauna in the stone age to world wars in the twentieth century has nothing but the insecurity of humankind to blame.

Human society is built on fear. Fear created hierarchies, rule of law, military and police forces and so on. Still with all these precautions people are still afraid. Employers are afraid of employees and vice versa, Leaders afraid of followers, poor afraid of the rich, the affluent afraid of the commoners and so forth.

Many scholars attribute the instinct as the reason for survival of human race. In his book, ‘The Gift of fear‘, Gavin de Becker educates the reader on how to trust and interpret their fear to overcome dangerous situations. He cites many cases from his personal experience with his clients where fear has saved their lives.

“Fearlessness is the first requisite of spirituality. Cowards can never be moral.”
― Mahatma Gandhi

A holistic medicine for fear

Believe it or not, it is not instinctual for us to be brave. It has to be cultivated. Only superior beings can be truly courageous.

Once Alexander the Great heard of a an old saint who lived near the river. When the summons of the great king failed to bring the saint to his court, Alexander himself went to his ancient hut. The sage was sunbathing at the time. Expecting some respect from the old man, Alexander announced who he was and what great deeds he had accomplished. After listening intently to his rants, the sage stoically replied, ‘To the world you may be a great king, but to me you are the fellow who blocks the sunlight. Please move!’

The way of the heart is the way of courage. Whereas the calculating and reasoning mind is afraid of everything.

There is no fear in love. But perfect love drives out fear, because fear has to do with punishment. The one who fears is not made perfect in love.

Ancient wisdom proclaims love as the cure for fear and violence. To be non-violent, the heart should be given prominence over brain.

When a person reverberates with his very being, he transcends all insecurities. The essence of our being is nothing but love. Hence, to live in love is to live in courage.

It is natural to underestimate the power of love.  But those who have come under its influence undoubtedly vouch for it. Love breaks boundaries and fosters trust. The trust in turn makes fear irrelevant. So to conquer fear we should first learn the language of love.

To escape the ferocious clutches of fear, let us open ourselves and expand in love.

I will be happy to hear from you. Please post your opinions on the comment box below

20 thoughts on “Ferocity of Fear”