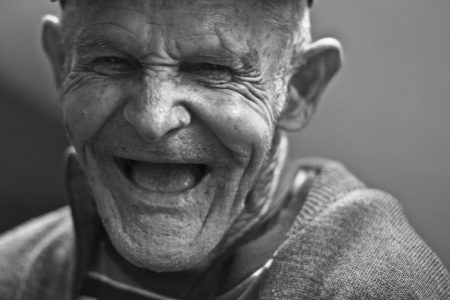 A man walked into a bar with a full-grown ostrich.

Sitting down at a table in the corner, they called for an astonished waitress. ”I will have a beef steak with some baked potatoes” the man said, “what about you dear?”.

“The same”, the ostrich replied.

After finishing up the food, the man again called for the waitress and said, “I will have a coffee, decaf please; you dear?”,

“The same” replied the ostrich.

Later the waitress produced the bill of 16 dollars 57 cents, the man put his hand inside the coat pocket and placed the exact change on the table.

While preparing to leave with the ostrich, the waitress who could no longer contain her curiosity asked, “I am sorry sir, but I have to ask: What is the deal with you?”

The man smiled and said,” I am an archeologist. Three years ago while I was excavating in Africa, I got a magic lamp. When rubbed, a Genie came out and said I can ask for 2 wishes. I thought long and hard and asked my first wish. That I should have the exact amount of money I need in my pocket always”.

The waitress said, “Oh that is freaking genius! If you want a Rolls Royce or a cup of tea, you will always have money in your pocket. It is better than asking for a million dollars. But what about the ostrich?”

The man sighed and replied, “For the second wish I asked for my life partner to be a tall chick with long legs who always agrees with me!!!”

What is humour? What makes us produce a fit of short coughing noises which we call laughter? Though humour has evolved as early as languages, a clear definition is eluding. Maybe because it will lose charm if it ceases to be puzzling.

Nevertheless, the art that disconcertingly paints with ideas and dances with words has always amused mankind. Won’t it be intriguing to learn more about the different facets of humour?

Dr. V.S. Ramachandran, a neuroscientist known primarily for his work in the fields of behavioral neurology and visual psychophysics, has presented his finding on jest in his famous book ‘Phantoms in the Brain‘. He explains that a joke is funny because it leads through an expectant journey which builds up tension in the listener and at the end introduces an unexpected twist which completely reinterprets all the presented data. Seen thus, humor has much in common with scientific creativity, which creates ‘…a “paradigm shift” in response to a single “anomaly”.’

The triviality of the grave plot revealed at the end by the punch line, gets us laughing. This leads to the “false alarm theory” which proposes that our mind responds to the joke seriously, as if to a threat until the punch line defuses the tension. This has much to teach us about human evolution and the workings of the human mind.

Throughout history, jesting didn’t have the reputation it enjoys today. Many cultures forbade it. Laughter was seen as stupidity and was restricted. The Christian church, for instance, long declared laughter to be the work of the devil. St Jean-Baptiste de la Salle (1651-1719), was the first to warn the pupil in Catholic schools against smiling (Rules of Christian Decorum[1703]).

Many autocrats and dictators gave severe punishments to those who joked and laughed aloud. They might have feared that they were the subject of ridicule of these jovial people.

Though 17th and 18th century Europe was against having fun, there are records of kings in Arabia, India, Japan and even England who entertained court jesters.

These courtiers were allowed to criticize anyone including the king and were given insulation from the repercussions. These men of veracity pointed out the shortcomings and even guided the king, who is surrounded by fake admirers, to the real world.

Humorists around the world who critiqued the prevalent system has put a grin on the faces of common people while forcing them to perceive their own flaws.  Hence jesting can also be termed as a form of non-violent protest.

A self-satisfied journalist once asked Gandhi

“What do you think of the Western Civilization?”

Gandhi replied with his natural softness,

“I think it would be a very good idea!”

Theodore Zeldin,  the Oxford scholar and thinker, in his thought-provoking book,’The Hidden Pleasures of Life’ explores the consoling power of jest. He believes that humour can be employed by the common as a pain-killer against suffering as it lightens the gravity of the situation at hand.

Lao She (1899-1966), the beloved Chinese novelist and dramatist, was well known for using his sense of humour against the adversities of life. He had to face extreme poverty since childhood, racist discrimination in London, and subjugation from the Chinese government which ultimately led to his death. But he used jesting as a shield which protected him from emotional trauma.

People like Lao She proved that a jovial attitude is a harmless riposte to disappointment, a helping hand in times of adversity and a shelter from the disastrous storms that life presents with.

It is very difficult to make someone laugh. A humorist has to be very intelligent and should employ the right tools to do so. Their sensitivity to the social issues prompts them to comment on it, after compassionately sugar-coating it with humour.

Moreover, the long and arduous journey towards the punch line has to be meticulously thought out to execute a good joke. This requires a creative mind in action. There is no wonder why some of the great creative scientists had a very good sense of humour.

As a jester should constantly contradict herself, the attitude of not taking oneself too seriously should be cultivated. A self-important person cannot be jovial.

The ability to mock even one’s own weakness is the prerogative of a humorist. Hence there is no space for ego. So developing a sense of humour is a good remedy for egotism.

Though it is argued that a sense of humor is an inborn talent, many jesters disagree with it. They vouch that it is a skill that can be developed. Lao She, for one, believed that humor is ‘an attitude of mind’ that needs to be cultivated to make life tolerable.

Primarily one needs a shift in attitude to be funny. A rare vantage point will help her to perceive the triviality of life. Such detachment is the primary requisite for a jovial attitude.

Giving up self-importance is the second step. Jesting makes oneself vulnerable. Hence someone with a huge ego can never be light-hearted. So lesser the ego, the better.

Finally, as with everything, practice is key. Practice driven by keen interest never fails. With an effort, anyone can see the irony behind the everyday struggle. By making it a habit, she can quip and make people laugh.

If developing a sense of humor destroys the ego, improves intelligence and provides insulation from suffering why not strive for it?

Think of a world filled with jokes and laughter. There would be no wars, no quarrels, no bloodshed. It would indeed be a replica of heaven.

31 thoughts on “Making Sense of Humour”