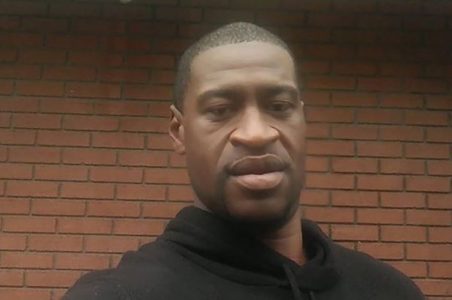 The final words of George Floyd say it all. His silenced cry echoes the plight of the downtrodden everywhere. A multitude of subjugated and voiceless people are indeed being suffocated by the merciless knee of supremacist regimes across the globe.

The brutal act which lead to the death of George Floyd has shocked the whole of humanity. Millions watched the upsetting video through social media and were outraged at the savage treatment of a human being.

Surprisingly, the image is a stark reflection of the world today. The trampling knee of oppressive authorities presses hard on the neck of the poor and underprivileged in society.

It is not just the case in the US. That is the truth around the world.

From Democracy to Monarchy

Government-sponsored terrorism is not just another catchy term in contemporary media. It is a definite truth. No matter whether it is a developed or developing nation. Only the geography and reasons for oppression change. The oppressor remains the same.

The only thing that made a difference in the case of George Floyd is that it insinuated a great uprisal. Similar cases of police brutality from Hongkong, India and many developing countries go unnoticed or are even considered ‘normal’.

How can this be? After all most of these governments assumed power through democratic methods. We elected them to rule us. The governments of the people, by the people, has to be for the people. Then why this brutality?

“As democracy is perfected, the office of president represents, more and more closely, the inner soul of the people”

H.L. Mencken, On Politics: A Carnival of Buncombe

This is a very relevant question. Because the governments are the weird mirrors that accentuate the flaws in society. What we ultimately see in these democratic(?) rulers are the flaws that are hiding in all of us. The violent and oppressive disposition of these governments is the magnified temperament of society.

Hence it is the racism and intolerance in the US that resulted in the Trump government, the islamophobia and religious fanaticism that gave power to the polarized government in India, the non-egalitarianism and anti-globalization sentiments of the Brits that produced Johnson and so on.

So ultimately, if I feel hurt at the police brutality in Minneapolis, US or Uttarpradesh, India; I should feel responsible. Only a protest which stems from such a regret will be a true appeal to humanity.

A savage at all!

Human civilization prides itself on reaching the intellectual heights no other species can dream of. The progress of science has equipped us with great facilities. But such shameful incidents proves to us again and again that we are primitive than the most savage of the beasts.

But we have to change because only we can change. We should aspire for moral growth as we do for the intellectual one. Our society should tear off its masks of fake tolerance and sit around the table of brotherhood. Any bounds that restrain us — be it racism, sectarianism, aggressive nationalism or religious fanaticism — should be broken.

Nothing enduring can be built on violence.

Violence and war will only create more suffering. We have to focus less on the protest against the problem and move it closer to the solution. Creating cultural hubs where we can interact with people of different dispositions would be a good start. Forgiveness and empathy will surely go a long way.

Thus we can build a new tomorrow if really desire it.

A victim of hatred

A litmus test for America’s moral consciousness is the Presidential polls in November. The world closely watches the incidents which lead up to the democratic procedure. The results of the poll will show whether American society has indeed turned away from its racism.

George Floyd is not just a victim. He is a beacon that we should carry with us. The one to spread light into our lives filled with the darkness of hatred. His muffled voice should prompt us to speak for the voiceless and stand for the subjugated.

When George Floyd is buried in Houston Memorial Gardens, let us not bury our humanity with him. But let it resurrect from his grave and spread the message of love and equality. Let us fly to a new morrow in the wings of brotherhood.

Washington Post – Power up: Racism and Police Violence at spotlight in crucial time in 2020 race

The Guardian – ‘We are not safe’: India’s Muslims tell of wave of police brutality

The Hindu – Licenced to Beat, Abuse and Kill

The Newyork Times – Did Hong Kong Police Abuse Protesters? What the Videos Show.