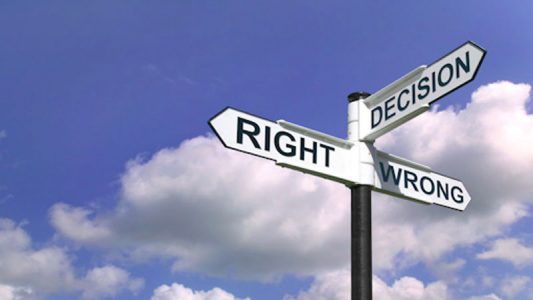 Why did you choose the car you own?

How did you pick out your spouse from 7 billion people?

Why do you follow a particular political ideology or religious practice?

You undoubtedly have clear answers and justifications for these choices. More often than not, they are iron-clad, like saying water forms from the melting of ice, not rock. Judicious thinking undoubtedly leads you to the decision you made, isn’t it?

However, recent research proves that our preferences are not built on rock-solid logic. It is also not as unchangeable as we would like to believe.

The problem of Choice

Question of choice is a topic of an ongoing debate between philosophers, psychologists, and religious believers. Determinists argue that we do not have any choice on anything; our fate is sealed. Advocates of free will point out that many conscious and unconscious factors contribute to our choice. Psychologists believe that evaluating our choices can tell a lot about the human mind.

But no one has a concrete idea on the topic of choice, and the debate is far from over.

An experiment conducted by Peter Johanson, associate professor of cognitive science at Lund University, Sweden, has some insights. He and his research team has come up with some intriguing postulates based on their observations. They reveal, quite shockingly, that we have no clear understanding of what we chose and why we chose them.

In their experiment, Johanson’s team showed photos of two people to volunteers and asked them to pick the one they found attractive. After a while, volunteers were shown the photo they picked and asked why they choose it. Everyone made convincing arguments about their logic.

But here is the rub: the photos were not the ones they chose; experimenters switched it to the other one! For instance, Tom was shown photos of two people, A and B. Suppose Tom chose person A. Experimenters inverted his choice and gave him the photo of B and asked why he picked B. Interestingly, A and B had nothing in common. If A was a blonde with earrings, B was a brunette with no earrings.

But such a switch would be instantly recognized by anyone, isn’t it? Surprisingly, only 1 in 4 volunteers identified the switch and pointed it out. The other three? They went on and on about how they found the features of the face, which they originally found unattractive, captured their heart.

In the debrief, the volunteers were shocked to learn about the switch. Many did not believe that their choices were inverted and had to be shown video footage of the whole procedure.

Johanson calls this phenomenon choice blindness. He says that we are not sure of what we want. Even though we believe that we have chosen something after thorough vetting, we can be easily tricked into choosing something else.

In another experiment, Johanson conducted a political survey. It had 12 ‘yes or no’ questions on government policies, like: should taxes on fuel be raised? As in the experiment before, the answers were inverted, and logic was questioned. As the researchers expected, the same pattern repeated. The person who said yes to raising fuel taxes in effect argued that they should not be!

The researchers have thus unearthed a glitch in human nature.  They found that our preferences are more flexible than we think. However, we cling to whatever we believe we chose, even when tricked.

The danger of choice fragility

According to cognitive scientists, beliefs, desires, and intentions are not entities in the brain; they are predictive tools to make sense of ourselves and others. They can be manipulated. By anyone.

This is a startling revelation; of cough-out-the-drink kind. Just imagine, what if our choices —which we are sure we made on our own— were loaded in our heads by someone. We know how politicians can play with words, advertisements can arouse curiosity, and religion can prod on our insecurities. What if all these are attempts to reshape our choices, unbeknownst to us?

A calm introspection may reveal that we are fooled into thinking that we subscribed to many ideas by ourselves. But the truth may be that our logic-loving brain may have forged justifications afterward, like in the experiment.

Are you confident of your choices?

This points towards the foolishness of fighting over different viewpoints. We sometimes forget that our choices would have been different if we were in the opposing camp.

Think of all the conflicts, all the wars, and all the bloodshed that was caused due to the difference in opinion. If we, as a race, understood that choices are fragile and are subject to change, we would be more respectful to the other.

So the next time you argue with a friend over something, like a political ideology, do not be so adamant. Perhaps your choice is not built over rocks as you believe.

Thank you for reading. I would love to hear from you. Please post your valuable comments in the box below.

4 thoughts on “Don’t be so confident in your choices. Here is why.”