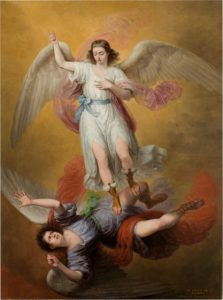 After a spell of calmness, the world is bracing against storms of violence. The first winds of the storm can be felt with the polarization of social consciousness towards fascism.

By the end of the second world war, the world sighed in relief believing that fascism was squandered. The emergence of peacekeeping forces like the UN and people lending ears to prophets of peace like Gandhi, Mandela, Martin Luther King Jr and so on fostered hope for humankind.

But in the 21st century, like a pendulum, the social mindset is swinging back to fascism. Will our time bear witness to streets stained with the blood of innocent like the 20th century?

The First Signs of the Storm

The political climate of the world is becoming more unstable. The rise to power of chauvinists and tyrants is seen in all countries.

In India for instance, the election results of 2019 came as a shock to political observers and pacifists who expected retaliation from common people tormented by cow-vigilantism, the subjugation of minorities, growing religious fanaticism, demonetization, high unemployment rate and so on. But the ruling party and its pro-Hindutva leaders assumed power with a high majority.

Above the ineptness of the opposition and Machiavellian tactics of the ruling party, what effected in the victory is the growth of fascism in the Indian social consciousness. Parallels can be drawn for this political atmosphere in the US, Russia, North Korea, Venezuela and so forth.

Growing racism in the west, bombings of religious centers in Srilanka, Philippines and New Zealand are pointing towards fascism.

Hitler laughs from the grave

The anarchists, Neo-Nazis, Ku Klux Klans and religious terrorists welcome this poisoned mindset and use the opportunity to spread their perverted propaganda. The naivety of the common people who blindly follow hero icons and imposed beliefs make their work easy.

Glorifying the assassins and terrorists as war heroes have shifted the social mindset in their favor. The intermittent one-man-army mass murders in the west and increasing fandom of Nathuram Godse —the man who murdered Mahatma Gandhi — in India, are the outgrowths of this mindset.

Lord, make me an instrument of Your peace.

Instead of getting frustrated at the growing storm clouds, we should try to remedy the situation. Our efforts towards peace will never be in vain.

We, the pacifists, have to act fast to bloat out the hatred before it turns violent. Ignorant have to be educated, spiteful ones have to loved and unconditional acts of kindness should fill the world to avoid imminent catastrophe.

All forms of violence stem from fear and ignorance. People from all races and religions have to be brought together where they can mingle, discuss and know each other better. Libraries, clubs and social hubs have to be developed into centers of such secular gatherings.

The parliaments of world religions have to be conducted to teach the goodness in all beliefs to everyone.

People get filled with hatred because they were not loved. Their uncompromising childhoods and harsh experiences make them unloving. They should be treated with a kind heart.

People have to be made aware that love always triumphs over violence and hatred.

Most pacifists waste their energy on delivering speeches and debating. But random acts of kindness can better spark goodness in society.

The social mindset can only be influenced by these small investments of goodness. In time, it will reap huge interests.

Prophets of peace should be resurrected from oblivion. People should be educated on their values and policies. Their biographies should be taught and struggles should be hailed.

A call for action

Writers and bloggers have the great power to influence social consciousness. Like all super abilities, our power also presupposes some responsibilities.

It is our responsibility to inspire virtue and morality in people. We have to adopt a voice of compassion to silence the outcries of violence.

For those who are lost in the dark valley of hatred, our words have to be like a compass pointing towards love. Let them find it and be guided back to light.

For those who are hopeless, our words should be a prophecy of the calm after the storm. Let them endure the harsh times with the shields of hope.

For those who seek for guidance, our words should be songs which praise the great ones who inspired millions. Let them find solace in the counsel of those leaders.

For those who fell into the deep pits of blind beliefs, our words should be a ladder directed to right spirituality. Let them climb out and enjoy the freedom and fresh air of divinity.

Let us be selfless and hold our hands in love and save our mother earth from the violent storms of fascism.

Arise, peacekeepers! It is time!