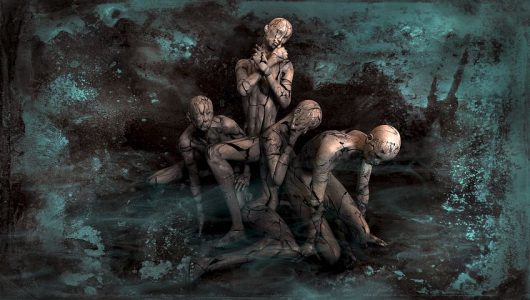 Why do we suffer? Why is there so much pain in the world? Can we break out of this agony?

These questions haunt everyone, especially if they are going through a difficult phase. Throughout history, everyone, rich or poor, privileged or unprivileged, has thought about the pains of life at some point. Many philosophers have brooded over it and have come up with many theories.

But no one has more authority than Viktor Frankl—the Austrian neurologist, psychiatrist, and most importantly, a holocaust survivor—to speak about suffering and ways to deal with it. I recently read his seminal work ‘Man’s search for meaning’, in which he ponders the depths of the problem.

The book is in two parts. In the first, Viktor Frankl describes his experiences in the concentration camp. Here the horrendous three years of his life are depicted at once with chilling candidness and rare poise. In the second, he talks about surviving the pains with dignity. He introduces his method of logotherapy and outlines his philosophy on suffering.

Why do we suffer?

Most of us get frustrated at simple things and lament our fate. I recently thought how painful life is when I lost my wristwatch because of my carelessness. But this is not about losing a trifle and your temper with it or about self-inflicted suffering, but dealing with the curve balls that life throws at us.

Viktor Frankl does not put on the garb of an omniscient philosopher and profess the reason for suffering. During his three years in the four concentration camps, including the infamous Auschwitz, he endured severe physical and mental torture, starvation, hopelessness, and the death of loved ones. However, he never knew why he suffered or what he did to deserve it.

Nevertheless, years after his incarceration, he was asked the question while speaking at a conference. His reply is thought-provoking. He prompted the audience to think of the plight of the chimpanzee on which the polio vaccine is being tested. The ape cannot understand why it is going through such torture. But there is a purpose—checking the effectiveness of a vaccine that can save millions of people from polio—though it is beyond the grasp of the chimpanzee.

Frankl says this might be the case with humans too. What if we lack the mental and spiritual capacity to understand suffering? Then the search for a reason becomes a pointless quest.

Most try to avoid suffering, many attribute it to fate, and some rebel against it, but none have found a reason for it.

Is there an escape?

No one wants to suffer. We all try to find a way out of suffering. But is there some safety pod to escape all the pains of life?

Unfortunately, but not surprisingly, no such thing has been invented yet. We are helpless when it comes to wars, natural disasters, diseases, and the death of loved ones. No amount of denial, bargaining, or wishful thinking can take the suffering away. Sure, you can escape from a hangover if you stop drinking. But most of the pain we endure is caused not by our choices.

However, it would be a folly to classify all suffering as bad. In some sense, it gives meaning to life. We do choose to suffer when we go to the gym, relentlessly practice something, do our jobs, or rear a child. But the pain adds value to the experience. Hence we cannot say suffering is always distressing; sometimes, it makes life worth living.

But when we are bombarded with a tragedy, we can no more go through it than make sense of it. These catastrophes—with their brutal combination of surprise, searing pain, and disruption to our normal life—sweep us off our feet and drowns us in a sea of despair.

To live is to suffer. To survive is to find some meaning in the suffering.

Though we have no control over circumstances, we have control over our response to them. Indeed the heavy burden of suffering can be reduced if we at least learn to cope with the despair that comes with it. A look into how Victor Frankl survived the concentration camp may give us an insight into how to deal with the difficulties in life.

Here are some things that we can glean from reading his book:

1. Having a sense of purpose

Victor Frankl recounts how he stoked the hope of meeting his family and completing his book despite the tortures in the camp. Through the frost bites, starvation, severe cold, brutal punishments, and deaths of his comrades, he saw that those with a sense of purpose like him survived. Though it is tough to find meaning in life when stripped of all possessions and dignity, many still did.

Once we enter a phase of suffering, we tend to see everything negatively. Frankl, on the other hand, decided to celebrate the little things that the camp offered him, like the rare carrot in the watery soup, a view of the mountains en route to his work site, and the beauty of flowers and teeming insects. He says that it gave him joy and hope like never before.

3. Preserving a sense of humor

Frankl believed that a humorous way of seeing life has its benefits. Humor can be a shield that protects a person from despair and can help lighten the burden of suffering. An eye for the irony of situations and the quick wit to make puns can make a person level-headed. This protects from getting overwhelmed with suffering.

4. Looking at suffering as an opportunity for growth

When you go through hell, it is almost impossible to see the experiences as an opportunity for growth. But in retrospection, Frankl felt that his years in the brutal camp were at once the worst and the best thing that happened in his life. He felt reborn and saw the value of freedom, a good night’s sleep, a filling meal, and other trifles he failed to enjoy before.

5. A belief in the higher power

Frankl was a religious person. In times of suffering, he leaned on his belief in the higher power and felt consolation. Frankl thought that he was not in a position to understand the meaning of suffering—like the aforementioned chimp. However, he trusted that it was all for the ultimate good, though the ultimate good is beyond the human realm.

Vickor Frankl doesn’t, however, advocate that we seek suffering. He prompts his readers not to suffer unnecessarily. If there is a way to escape pain, choose it by all means. His philosophy applies only to unavoidable circumstances.

It goes without saying that very few have escaped from the vice grip of such suffering. Though we may never know the reason, we will have to endure the pains that life has in store for us at every turn. The only remedy is to prepare ourselves to face the challenges.

Let us hope for the best, but prepare ourselves to face the suffering with dignity.

Thank you for reading. What do you think of the topic? Please write below.