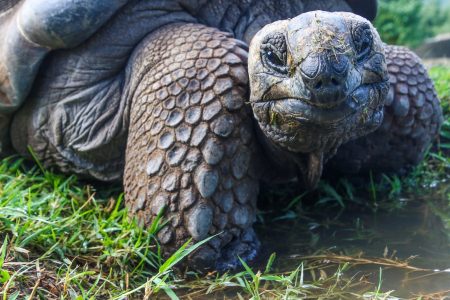 The seemingly trivial tales that we tell the children have very important life lessons in them. I have been thinking of the old story of hare and the tortoise from the Aesop’s fables.

For those who don’t know it:

One day a hare and a tortoise decided upon a race. The hare started off fast. Looking back after the initial spurt, the tortoise was nowhere to be seen. Feeling tired and overconfident, the hare decided to take a nap. After sometime when he woke up, he went aghast as he saw the sluggish tortoise crossing the finish line.

The moral of the story is always iterated thus: ‘slow and steady wins the race’. But close perusal can bring out great life lessons.

Primarily, the race itself is the adage for the  competition  of perseverance against talent. The tortoise representing the former, and hare the latter. Common sense tells us that talent will dominate over perseverance, but practical life proves otherwise.

Our day-to-day lives are filled with this battle. Be it on work, relationships or blogging; the one who stands the test of time is the winner. Though talent is important, it can only take you so far.

The hare exemplifies modern man. Impatience and untrained talent are his qualities. The hare is a magnifying glass that will indeed bring out the flaws of the new age men.

The hare’s talent is unquestionable. He is naturally quick and should easily win the race with the tortoise. But he made some mistakes which led to his downfall.

1.Under estimating the opponent

Hare saw the weakness of his opponent; sluggishness. So before the race started, he saw himself as the winner and believed the challenge is not a match for his talents. But he failed to see the hidden strength in his competitor; perseverance.

He felt tired after the initial spurt because he miscalculated the distance. He assumed he can run the whole distance in one breath. But this proved unrealistic. He exhausted his gas tank soon enough and had to take a break.

We also fall into this problem once in a while. Underestimating the problem and lack of prior planning can get us in trouble. Whatever the situation might be, a realistic evaluation is crucial before venturing. Good planning is imperative for success.

The hare felt he can out run the tortoise even if he takes a nap. He was extremely confident of his abilities. But that proved to be his doom.

Unknowingly many commit this error. Confidence in our abilities sometimes make us overlook certain simple things which ultimately results in failure.

What was meant to be a quick nap turned out to be a slumber. It can be because the hare got too comfortable of his substantial lead.

Getting too comfortable anywhere can be dangerous. The tortoise referred to here is synonymous with time. Once we overstay our welcome in jobs, relationships or convictions and be comfortable in them, the time will slowly roll forward and our opportunities will be missed forever. Fortunes tip and circumstances change. One should always be vigilant.

The Tortoise is a determined fellow. He has many traits that need to be copied

Anyone who hears about the race would have laughed at the tortoise. But, being unashamed of failure, he was ready to give it a try.

Shying away from opportunities and challenges perceiving their difficulty is a bad trait. Learn to say yes and stay optimistic. Who knows what chance has in store for us!

This is his greatest strength. May be something that we are all missing. To keep on going until the end, unaffected by the presumptions, adversities and pessimists, is a great achievement.

Our greatest weakness lies in giving up. The most certain way to succeed is always to try just one more time.

The hare tried to finish the race in one go. But it proved to be difficult. Tortoise on the contrary, focused on the task at hand, a single step at a time. It can even be argued that he enjoyed it. Why else would he agree up on a race with one of the fastest animals.

Setting a goal is important to plan our activities. Even more important is enjoying the process; the work at hand. If we don’t love what we do, eventually we will fail. Love is the greatest motivation. So enjoy what you do.

“To live only for some unknown future is superficial. It is like climbing a mountain to reach the peak without experiencing its sides. The sides of the mountain sustain life, not the peak. This is where things grow, experience is gained and technologies are mastered. The importance of the peak lies only in the fact that it defines the sides.”
― Abdul Kalam

The tortoise remained unexcited when challenged and remained so throughout and after the race. Even though the tortoise saw the hare sleeping, he did not celebrate. He kept on until he reached where he was supposed to reach with no premature celebration.

Our lives are mostly tormented by uncontrollable emotions and mood swings. Unnecessary and premature celebrations, extreme expressions of sadness, gluttony, uncontrollable lust and so on rule our daily lives. Does life need to be so emotional?

A neutral approach to lives problems and successes can be cultivated. Such a stoic attitude can simplify life and make it more enjoyable.

Fables become life lessons when we bring it to a personal context. When we relate and travel with the characters, we can drink from the perennial wisdom hidden beneath the layers of amusing tales.

Each story seen thus, explains why they have been propagated through generations. Shrouded under their simplicity, there are great philosophies to be unraveled and mysteries to be solved.

So the next time we hear the tale of the epic race, we should ask ourselves:

Am I the hare or the tortoise?

Thank you for reading. Your opinions are highly valued. Please post them in the comment box below.

22 thoughts on “The Hare and the Tortoise”