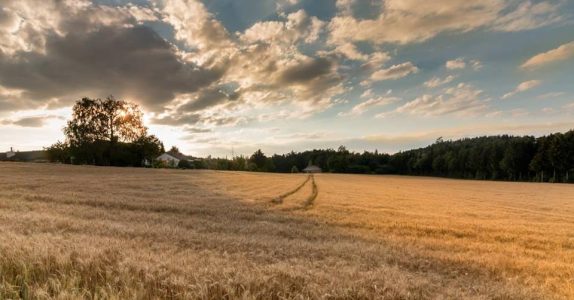 Last August, I traveled to Japan, for a ten-day trip to the Mecca of Karate; Okinawa Islands. It is a beautiful place with pleasant climate and helpful natives. We enjoyed the stay a lot. But there was one single problem; language.

A few natives understood English. Also, the Japanese language which was completely foreign, made no sense to me. So communication was difficult.

Nevertheless, while watching the natives talk to each other, the conveying ability of language intrigued me. I was amused at how some random sounds (to me) made people laugh, cry or convey whatever emotion that required to be conveyed. It made me think a lot.

The Genius Indian poet Kalidasa, who lived in the 4th century C.E, starts his epic poem ‘Raghuvamsam‘ with this hymn.

The meaning of this seemingly simple invocation of Hindu Gods Shiva and Parvathy is actually very deep. It has been interpreted in more than 25 ways by Sanskrit scholars. The one that caught my imagination is below

I salute the divinity of Vak (word) and Artha (meaning), whose mutuality shines as the divine unity of Universal Parents Shiva and Parvathy.

While reading this, I quickly related it to Spinozian constructs of Thought and Extension. In effect Kalidasa directs our attention towards the divinity of words and its implications.

All civilizations around the globe believed in the power of words. Many developed some form of incantations, which they presumed possess magical powers. These charms, they believed could cure diseases, beget good harvest and please the Gods.

Ever since cultures developed, and poems and epics were written, the litterateurs were given great prominence. They were viewed with awe as they were those who could wield the power of language.

Because, words have the power to shape imagination. Collective imagination is the base of all human institutions such as nation, money, religion and so on. Therefore, it was words which created social consciousness by propagating imagination. In effect human race is indebted to the medium of language for its very existence. (Read more about collective imagination on the post Self simulated reality)

Linguists point out that literary works influenced or even changed the course of history. Written word has caused revolutions, created cultures, and destroyed great nations. The works of Voltaire influencing the French revolution, religious texts which fostered the morality of the world, ‘Wealth of nations‘ by Adam Smith which created new world economics are but a few examples.

In his Ted talk, Andrew Bennet, leadership consultant and a member of The Magic Circle, explains the meaning of the popular magic verse “Abracadabra”. The Aramaic verse means ‘What I speak is what I create!’. Bennet goes on to explain brilliantly how we shape our reality by the spoken word. You can listen to his Ted talk here.

The Academy award-winning movie ‘Arrival’ presents us with an intriguing plot in which the aliens gifts human race with a language devoid of past, present and future. The movie goes on to show that the language completely changes the human perception of time.

In Greek, Indian, Egyptian, and Persian philosophical and theological systems, ‘Word’ is given center stage. Greeks and Christians called it ‘Logos’, ancient Indians  believed it to be the divine word ‘AUM’. Whatever be the case, the holiness of word was incontrovertible.

Whatever is more than these is of the evil one.

Our ancestors, who were aware of the far reaching effects of spoken language feared the improper usage. Spiritual masters, advocated silence as the neutral way.

The present day  world, tormented by the loud noises, should be more conscious of the transformative power of the word. Be it the casual chit-chat between friends, lofty rhetoric of politicians, imaginative depiction by writers or intellectual logs of philosophers, word should not be used pointlessly.

Positive and optimistic language will be generative, whereas, negative words will demoralize. Once we realize this, we will be more careful.

“Raise your words, not your voice.

It is rain that grows flowers, not thunder.”

Knowing that petty words can influence social conscience, lead to ethnic clashes, world wars and genocides, we should refrain from loose talks.

Human race should aspire for enriching language which will nurture peace and harmony. May be in near future she will reach a new level of realization hither though unattained, in spite of great strides in science, if we would just respect the divinity of greatest gift we received.

Please let me know your opinions in the comment box below.

24 thoughts on “The Divine Mantra”