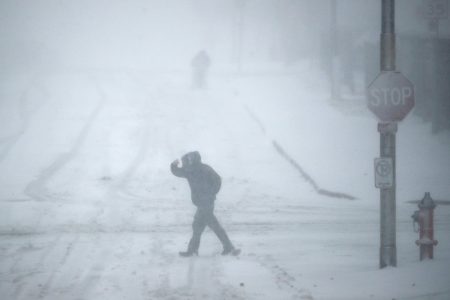 A Jewish anatomy professor, condemned to live in Auschwitz concentration camp, couldn’t take any more torture and decided to end his life.

The anatomy professor very well knew which vein to severe for a painless and quick death. But the room had poor lighting. To let more light in, he climbed up his bed and reached out to open the window and froze at the view outside. The ground which was covered in thick snow just two days before was green, with shoots and flowers everywhere.

The sight brought a new realization to the professor. He thought to himself,” Like the changing seasons bring snow and flowers to the earth, life brings sorrow and happiness into me too. Though I am going through the sorrow of a long and harsh winter, life will bring in the joy of spring very soon.” He threw away the blade he procured for the act.

Months later, the war ended and the professor was set free by the Allied powers; bringing the spring to his life.

Life is a cycle of seasons. The varied experiences can give the impression of Summer, Autumn, Winter, and Spring. But the important question is: how well do we accept the different seasons in our life?

Looking back we have all gone through good and bad times. Though we adore good periods and abhor bad ones, it doesn’t get longer or shorter according to our wish.

Some times, life seems to go all well. We seem happy and satisfied with what we have and fortune seems to favor us in all turns. This creates love and affection towards life.

On other times, everything seems so difficult. We encounter unexpected roadblocks and unforeseen troubles which stalls the smooth flow of life. As a result, we get frustrated and unsatisfied.

It is indeed agitating to sail through the rough sea of paradoxes and polarities. Life becomes arduous and loses its splendor. Why does this happen? How can we resolve it?

Life is difficult. This is a great truth; one of ‘The Four Noble Truths’ that Buddha taught his disciples. Curiously though, people complain about the difficulty of life as if they are entitled to an easy life.

Accepting that life is difficult is the primary step for solving the problem. Paradoxically, once we come to terms with the idea, life does not seem too difficult. It is our vehemence that makes life so difficult in the first place.

Once we stop seeing life as inherently easy and start preparing ourselves for anything that may come our way, we become unattached and spiritual.

Standing the test of time

One of the greatest trials in anyone’s life is that of perseverance. The rough hands of time will put to test the real metal of anyone.

Take the life of Nelson Mandela, the late South African President, for instance. Fighting against apartheid, he was imprisoned in 1962. In his long twenty-seven year sentence, he was subject to hard labor, abuse, long periods of solitary confinement, and unhygienic living conditions; which made him a tuberculosis patient. But these tortures could not destroy his indomitable spirit.

When he was released in 1990, he resumed his activities and put an end to apartheid. He went on to become the President, ‘Father of the nation’ and a recipient of 250 honors -including Nobel prize for peace.

One integral thing to understand about life is that it is not a race. Many people forget this and try to compete with whatever and whomever they find formidable.

Trying to sprint through life is the greatest problem we are facing today. Everyone wants things to be done fast and with minimum effort.

On the contrary, life only flows at its own pace. We cannot change the situations with the snap of a finger. Nature does not work that way. We have to learn to endure the seasons until it is over, all by itself.

It is not the attitude of a sprinter, but that of a marathoner that gets us through life.

Relentlessness and dedication to the goal in the face of atrocities are indispensable to success.

Gandhi, who introduced  Ahimsa (non-violence) as a means of protest, was the epitome of such a dedication. Joining the Indian freedom struggle in 1914, he spear-headed the protests. He launched numerous movements such as Non-cooperation, Salt-march, Quit-India and so forth, but freedom was not achieved even after three decades of relentless struggle. Even when his staunch followers faltered and began to suspect that India will never become Independent, Gandhi kept his hopes high and believed that they were inching towards freedom.

Ultimately, his optimism and dedication to the cause won not just freedom, but also the hearts of people around the globe. ( Read my four-part blog post on Gandhi here).

The struggles of Gandhi and Mandela proves that great achievements demand a great time. Those who stand the test of time will inevitably achieve greatness.

A meditative a mindset, undeterred by external factors should be cultivated. Like an expectant mother who waits through the unsettling and agonizing experience for nine months to celebrate the ecstasy of life, the time until success should be born with joy and meditation. In fact, like the pregnancy period prepares a woman to become a mother, the journey to success, seasons a person to deserve it.

Only a stoic, who is also a great optimist, can wade through the harsh winter and enjoy the fragrance and warmth of the spring. Like the anatomy professor who calmly waited through the harsh snowstorms of his life, let us wait patiently for the sun to shine into our frozen lives.

12 thoughts on “Seasons of Life”