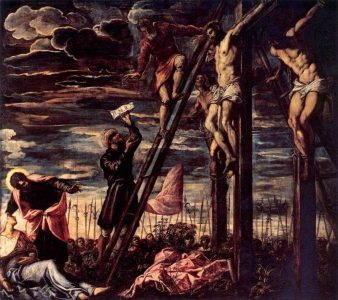 As a child, I was curious about why the day of the crucifixion of Christ is termed as Good Friday. Why does everyone celebrate the suffering of a saint? I remember asking around to my parents and other elders. They did give me some explanation; nevertheless, I felt the whole thing was insensitive.

Growing up I happened to see some theological and eschatological descriptions. But frankly, I was not very happy with any of it. Then recently, with a great amount of reading, thinking and life experiences I came to a realization.

The day is definitely good because on this day the good defeated evil with goodness.

The evil behind crucifixion

I know it does not make much sense putting it that way. But a little explanation will make it plain.

Jesus was crucified not just because he professed to be Messiah — the redeemer. He questioned the inhumane traditions, sadist religions and the callous attitude of the time. Authorities considered him a threat and feared that he will overthrow their influence over the naïve people.

Power mongers became jealous of Jesus’ popularity and hated his guts. They bribed Judas to give him up. Presenting false testimonies and accusations at his trial, they convicted him. And sure enough, they got what they wished for. Jesus was unlawfully and brutally manhandle and crucified.

So it was spite, jealousy, bigotry, bribery and subornation that led to the murder of Jesus.

How good defeated evil with goodness

Jesus’ values were starkly opposite to all these evils. He was loving, kind, wise and righteous. He spent his days curing sick, educating the ignorant and spreading the message of love.

Jesus refused to succumb to darkness. Even when he was confronted with hatred, he responded with love. When the crucifiers violated and ridiculed him he prayed for their forgiveness. Even in the last moments, he showed kindness to the man crucified with him.

Jesus defended evil with goodness. He never reciprocated the hatred of his adversaries. No amount of accusation, verbal abuse, shaming, or brutalizing could get him to respond without love. With a full conviction that he was ever loving until the final breath, he uttered: “It has been accomplished”.

The greatness of Jesus’ sacrifice lies in the fact that he defeated hatred with love. He overcame the human weakness of violence. With his piousness, Jesus demonstrated that a person can remain loving in the face of turpitude and emerge victorious.

The problem we face today is that even good people respond to evil with evil.

The world is ridden with lies, hatred, racism, bigotry, and violent nationalism. A pacifist resent such evil and fight against it. Though their intentions are pure, they respond to vileness with hatred, ridicule and verbal abuse. Unknowingly they are kneeling before the same wickedness they are resisting.

Responding to hatred with love

It is indeed difficult to act amiably to those who propagate hatred. They may harm you intentionally and do everything in their power to get you to loath them. If you succumb to their trickery and reciprocate their spite, you have become one among them. That is something they look forward to.

Instead of losing our way, we should carry the candle of love and shine it upon the darkness of evil. We should be careful not to let the storm of hatred put out our lamp. Because even a small candle can expel darkness; no matter how pitch black it is.

Despite the best efforts, evil can only eclipse goodness temporarily. Virtue will surely resurrect after a short while and shine brightly. The dawn is just a few hours away.

Let Good Friday be a reminder for the virtuous to resist hatred with love even though they have to endure suffering in the process. We will indeed emerge victorious and enjoy the omnipresent happiness that Easter symbolizes.

15 thoughts on “Musings on the ‘Goodness’ of Friday”