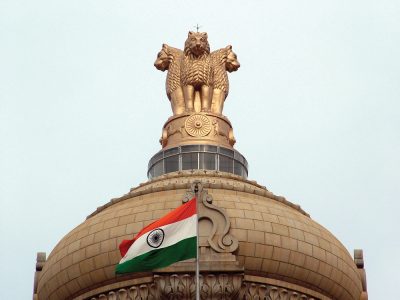 India is celebrating its 72nd year of independence on August 15th. It is a proud moment for all Indians including myself. The way she has transformed from a poverty-stricken third world country under the British rule into a world power during the last seven decades is astounding. The recovery and present state are joyful but some factors create concern too.

India: A Land of diversity

One of the astonishing features which distinguish India from most countries is its diversity.

India the seventh-largest country in the world comprises a wide range of weather conditions across a vast geographic scale and varied topography, making generalizations difficult.  According to Köppen system, India hosts six major climatic subtypes, ranging from arid desert in the west, alpine tundra and glaciers in the north, and humid tropical regions supporting rainforests in the southwest and the island territories.

At 1.34 billion, India has the second-largest population in the world which contribute to 17.5% of the world’s citizens. According to the British ethnographer Herbert Risley there are seven racial types in India: The Turk-Iranian, Indo-Aryan, Scytho-Dravidian, Aryo-Dravidian, The Mongol-Dravidians, Mongoloid, Dravidian and Negrito.

The 2001 Census in India found out that the land has 30 main languages spoken by a million native speakers and 122 which were spoken by more than 10,000.

It is the birthplace of four of the major religions in the world: Hinduism, Jainism, Buddhism and Sikhism. 14.2% of the people adhere to Islam and 6% believe in all other religions like Christianity, Zoroastrianism, Judaism and so on. Atheistic ideas also find fertile grounds amidst all these faiths.

Starting from Alexander in 326BC, India has been subjected to almost 200 invasions. The British were the last to colonize India. Their reign continued for 190 years up to 1947 August 15. The Indian mainland is now divided into Pakistan, India, and Bangladesh.

Contributions to the world

The policies of the country have always been original. From the novel idea of non-violent freedom struggle under Gandhi, India has captured the imagination of the world through its uniqueness. The architects of the Indian constitution envisioned the country as a secular sovereign nation where no race, language, political ideologies or religion are given prominence.

When the world polarised between the US and the USSR in the cold war period, India under the leadership of prime minister Nehru started the Non-Aligned Movement (NAM). The neutral standpoint which refused to favor both sides was followed by 120 nations which makes it the second-largest organization in the world after the UN.

The Indian Space Research Organisation(ISRO) makes huge contributions in the space research and expeditions in the Moon and Mars.

Contributions in the fields of spirituality, philosophy, mathematics, astronomy and so on of ancient India is incontrovertible.

The diversity of India has always presented a problem for the political unity of the country. But the democratic system was never overthrown and people trust their elected representatives to lead their country in unity and progress.

But unfortunately, in recent years, the government policies are being widely criticized for their non-secular, communalistic agendas. The world is stunned at the rise of Hindu nationalism in the country which has a heritage of secular and compassionate approach to all religions and sects. (Read more)

The Reuters reports the alarming rise in the social polarisation and cow vigilantism since the ascent to power of Hindu nationalist leaders in the 2014 election. 63 cases have been reported in which 28 have been killed and 124 seriously wounded. (Find the link here)

The further cementing of power of pro-Hindutwa leaders through the landslide election victory of 2019 has empowered the fanatics waiting for an opportunity to unleash their fascistic cruelty towards minorities.

The greatest despair is seeing friends and those who you respect falling for the propaganda and even applauding the machiavellian tactics of the government. Their naivety invokes fear.

The dreaded shift of Indian social consciousness to fascism is happening today. The anarchists have almost succeeded in igniting the spark of mutual loathing between the diverse Indian population. If left unchecked the spark will develop into a raging fire of riots which will tip the delicate cultural balance of the country

As an Indian who prides himself on the secular heritage of the nation, I am deeply pained, to say the least. But the hope that we will overcome such evil times through our love consoles me.

Why don’t we put our differences aside and isolate those who propagate hatred? Let us join hands and stand together in love for protecting our motherland and her 1.35 billion children.

9 thoughts on “Democracy on a Ventilator!”