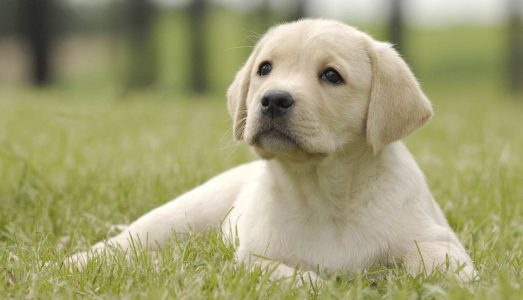 It was a humid summer morning in 2008. At home, Dad and mom were arguing over something. I, in my late teens, was feeling annoyed over my parents’ constant fighting. While I was waiting for the right opportunity to intervene, Mom’s phone started ringing. She was in the middle of a long sentence. She stopped abruptly and answered the call with a curt “Hello”. After a few seconds of conforming ‘OK’s, she hung up and turned towards me, “It is time to pick up the puppy. Will you look after it, or will it be another burden on me”. Her tone was threatening. Being quite disgusted by the fighting and the sour tone, I was about to spit out ‘To hell with your puppy’. But somehow the words came out as “Yes, I will look after it. I promise”.

Looking back, this was the best split-second decision that I have ever made. I wanted to have a pet ever since I can remember. After so many years of waiting, my dream was coming true. I felt excited about bringing home a Labrador Retriever. I have learned that they are very loving.

I still remember seeing him for the first time. Just fifty days old, with his fluffy white coat, curious brown eyes, big paws and short little tail, anyone would melt away at the sight of him. As soon as we opened the cage, he rushed towards his mummy and started running around her gleefully. When I took him in my arms and carried him to my car, he had a frightened look on his face. But two pats and cajoling later, he became so comfortable that he jumped all over me. I had to stop the car and put him in a cardboard box to continue driving. So began our journey together.

The first few days were difficult for us both. He was my first pet and hence I had no idea how to take care of him. As I didn’t have a cage, I let him free inside the house. It proved to be a wrong decision. I ended up cleaning after him all the time.

At last, feeling frustrated, I covered my toilet floor with newspapers and put him in it. When he understood that no amount of moaning and wailing is going to work, he changed his strategy. He started barking in a sound so intense and with perfect bass that it startled everyone. It was less like the cute bark of a fifty-day old puppy and more like that of an aggressive adult dog. I quickly took him out, afraid of the neighbors complaining. He roamed around the house as he wished for the rest of the day.

Slowly we got to know each other. I named him Kittu. He was always hungry and had inexhaustible energy when it came to playing. He chased butterflies, bit anything that could fit his mouth, ran around the house, and uprooted my mother’s favorite plants. He became naughtier and more loving by the day. It was difficult to take eyes off him for even a minute. If we were not paying him attention, he would create all kinds of trouble.

There was one incident where my brother Dinu was getting ready for the Gym. Forgetting to take his towel, he placed the key for his motorcycle outside and went in. When he came back, the key was missing. He turned the whole place over and still couldn’t find it. Then he noticed that Kittu was unusually calm with a smug look on his face. When, after a lot of cajoling he wouldn’t budge, Dinu opened his mouth forcefully and found the key, which he was hiding all the while.

In such mischievous ways, Kittu became everyone’s favorite in no time. He ran behind everyone and played a lot. His favorite game is fetch. He could play fetch day in and day out. But the only problem was that he would never return the ball. When all attempts to retrieve the ball from him failed, I bought a second ball. It worked. He would put the first ball down so that he could go and fetch the second one. So, long story short, instead of me training him, he trained me.

One of the most impressive things about him is his intelligence and power of comprehension. He would quickly perceive our moods and behaved accordingly. In fact, he had different approaches towards each one of us. He knows he can pull anything with my dad and so is most mischievous with him. As he considers mom weak to his standards, he would not make her sweat much. With me and my brother he plays rough and wouldn’t mind a play bite or two. He is most careful and loving around my 2-year-old nephew Ephrem and just a tinge suspicious of my Sister-in-law for no apparent reason.

The person who became spellbound by the little rascal was Dad. He referred to Kittu as his youngest son. I haven’t seen dad caring for anyone, let alone his children, so keenly. We were all hence a little jealous of Kittu.

The Pain of Separation

When I went to the middle east after graduation, I missed him dearly. I even saw myself playing with him in my dreams. Mom said Kittu refused to come out of his cage and even eat anything for almost a fortnight. I guess he missed me too.

When it was time for my annual leave, no one was happier than Kittu. As soon as I came home, he was so excited that he ran around and jumped all over me. No one gave a more overwhelming welcome than him.

Though nine years old, he is still full of energy. Spending time with him is at once exciting and relaxing. He is mostly happy and likes us fondling him a lot. When you decide to pet him, you will find a permanent job.

Sometimes I try to picture how it would feel to be him, to look through his eyes and perceive the world as he does. The universe would be full of fun and all experiences so colorful. Moreover, I realized that he holds us in such high regard and considers us the best. It is like being a demigod. I hope I could be the person he believes me to be.

Long before I read Mexican folklore in which pets are considered as guides for their master’s journey to the spiritual realm. Though I considered it fiction at the time, the implications feel very real now. Think of it, Kittu made me feel happy when I felt miserable, hopeful when forlorn, active when sedentary, and loving to all living things. In effect, he has made me a more compassionate, empathetic and caring individual. He even proved to be a distraction for my parents from their petty issues. So he has done more good to us than any religion or any spiritual master.

In a world of deceit, hatred and dishonesty, his unconditional love proves that there is hope after all. If he isn’t a spiritual companion, who is?

I sometimes imagine how it would have turned out if I had said no to mom in the heat of the moment. A life without Kittu…What a waste it would have been!

15 thoughts on “A Spiritual Companion”